The Gospel – A Field Seeded With the Word of God 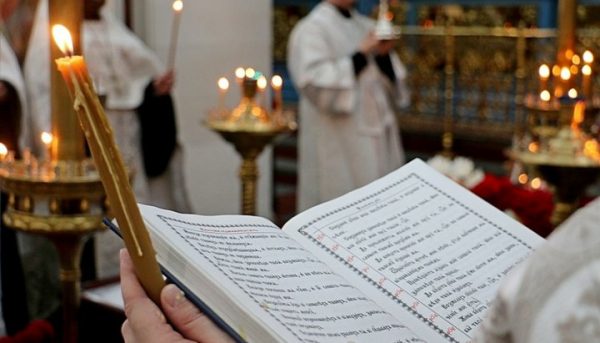 In the Gospel there are parables which are told without commentary, but some are told with commentary from our Lord Jesus Christ Himself. These have a special significance and meaning for us, because through these commentaries the Lord gives us the key to understanding the other parables as well.

Today at the Divine Liturgy we heard one of the parables which the Lord Himself explained to His disciples. A sower went out to sow his seed, and some fell by the roadside, where they were eaten by birds, others on the rock, where they quickly dried up, the third — among the thorns, and the thorns grew with it and choked the seedlings, but the fourth fell on fertile soil, where fruit was brought forth a hundredfold (Lk.8:5-8). When the disciples came to Him and asked the meaning of this parable, the Lord said that the sower is God, and the seed is the word of God, and the various types of soil signify the different ways that people receive what they have heard. The hearts of some people are like rocky soil. They hear the word of God, but then the Devil comes and steals it away. For others, hearing the word of God is as if it fell on a road among thorns. Only a few hearts turn out to be that rich soil on which the word of God bears fruit a hundredfold.

We know from the lives of some of the saints, that their turning to God began with the words of the Gospel, which had such an impact on them, that they decided to change their entire life. This is how it was with the venerable Anthony the Great who, having heard in the church the words of our Savior which were spoken to the rich young man (Matt.19:21), sold all that he had, gave his money to the poor, and went into the desert to live the solitary life. It was like this with many saints whose hearts were like fertile soil. In them the word of God brought forth fruit thirty fold and a hundred fold. Looking at the history of our Church, with joy and reverence we honor the saints who received God’s word planted in the good soil of their hearts. From them enormous amounts of fruit were brought forth in which we delight, even to this day. Our holy Russian land was like fertile and grace-filled soil on which the Divine sower sowed His seed. These seeds grew and multiplied abundantly. The history of Russian sanctity, up until the last times, bears witness of how ready our people, like fertile soil, were to receive the Divine word.

Even in recent times, when our Holy Church suffered persecution, thousands, tens and hundreds of thousands of people – bishops, priests, monks, nuns and laity – brought forth that hundredfold of fruit, when the persecutors ordered them to deny God and the Church, they remained firm in the face of heavy trials, torments and tortures. No kind of suffering, no kind of physical pain could separate these Christians from their love of Christ, which endured all kinds of suffering.

Entire nations turned to Christ due to the fact that at a time when it was most needed, the Lord sent to them a man or people, who sowed the land with the word of God. We glorify the Holy Equal to the Apostles Cyrill and Methodius, who gave our ancestors not only a written language, but above all brought to them the Gospel, and through it ~ Christ. We glorify the Holy Prince Vladimir, who not only created our state system, but brought Christ to our people, the Mother of God and everything by which our Church and our people have lived, already for thousands of years. We glorify venerable Sergius of Radonezh, the Abbott of the Russian land, within whose heart the Divine seed flourished and brought forth an unbelievable amount of growth and bounty. He himself became the sower of the monastic life and the prototype of the ascetical life for thousands of people. Innumerable is the the amount of saints which the Russian land has produced and all of the struggles (podvigs) which they have performed.

The answer to these questions are contained within the words of the Apostle Paul, which we heard today: “It is not I who live, but Christ who lives in me” (Gal.2:20). Until, for the time being, while within us lives only the ordinary man, we are able to live only by natural human law. That is to say, we can only answer good with good and pay back evil with evil. However, if we opened our hearts and souls to Christ, then He would live and implant Himself within us. Then He would be able to act through us and help us to fulfill His Divine commandments, because human strength is not strong enough to fulfill all of this by itself.

The saints who we honor, following the apostle Paul were able to say: “Already it is not I who live, but Christ who lives in me” . They opened to God their hearts, souls and entire internal human essence to such a degree, that the Lord flourished within them, and this Divine power, through them, performed great miracles. Why is it that some of the saints were able to foresee the future and to see into the hearts of people who came to them: their sins, their shortcomings, their good deeds and their worthiness? Why were they able to give advice to people, beyond the ability of the human mind? Because Christ and the grace of the Holy Spirit lived within these holy ones and God Himself revealed to them the fate of other people. This characteristic is called clairvoyance ~ a special spiritual wisdom which consists of human experience working with the assistance of the grace of God, but above all, namely, the grace of the Lord working through the saints.

The Lord doesn’t expect from us that by our own powers we would learn to not answer evil with evil and to love our enemies. He expects that we would at least open to Him our heart, and He Himself will do all the rest. Every time we come to church for the liturgy, we hear the words of our Lord Jesus Christ, directed to each and every one of us: “Take, eat, this is My Body…this is My Blood of the New Covenant, which is poured out for many” (Mk.14:22,24). The Lord turns to everyone with this call and invites everyone to participate and to share in His meal, so that He may dwell in our spirit, heart, mind and even our body; in order that He may work through us. The Lord offers Himself to us, waiting for us to offer ourselves to Him, – and then there will be unity and harmony in our relationships with God and with other people as well. All of our human conflicts, evils and imperfection are the result of not sufficiently opening our hearts to God and thinking instead about ourselves and our own personal interests.

Forgetting about God, we don’t keep a place for Him in our spirit. Let us beseech the Lord that he would instruct us through the Holy Gospel how to live our lives and how to treat our neighbors. May God grant that every one of us would become the disciple of Christ, so that we would learn how to fulfill the commandments of God and that we would become that fertile soil, in which the evangelical word would produce abundant fruit.