The Importance of Being Faithful in Small Things

Source: Eastern Christian Insights
That is precisely how Mary Magdalene lived her life and became a glorious saint. The Lord did not require her to do something impressive on a grand scale, but only to be faithful to Him each day in the circumstances that she faced.
Priest Philip LeMasters | 23 July 2018 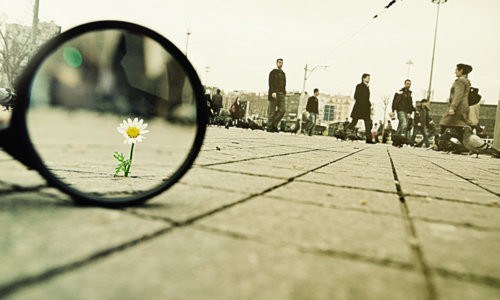 It is very easy for us to overlook the importance of small, routine things that do not seem remarkable at all.  It is much more appealing to focus on larger matters that we think have great significance.  The problem, of course, is that it is in the seemingly insignificant details of daily life that our true character is formed and revealed.  If we overlook the small challenges we encounter each day, we will ignore what matters most.

Today we commemorate Saint Mary Magdalene, who has the exalted title of Myrrh-Bearer and Equal to the Apostles.  After the Lord had cast seven demons out of her, Mary became one of the women disciples who supported Him and the twelve apostles from their own resources. (Luke 8:1-3).  She remained with the Lord at His crucifixion and was one of the women who saw the stone rolled away and heard from the angel the good news of the resurrection when they went to the tomb early on the morning of Pascha. St. John’s gospel records that the risen Christ appeared to her as she wept at His empty grave. She was the first to proclaim His resurrection when she told the unbelievably good news to the apostles that she had actually seen the Lord. (John 20:11-18)  Mary Magdalene continued to preach His resurrection for the rest of her life, even to the Roman Emperor Tiberius, to whom she gave a red egg with the words “Christ is risen!”  She then went to Ephesus to minister with St. John the Theologian, where she died peacefully.

St. Mary Magdalene was prepared for her uniquely glorious role as a witness and preacher of the Lord’s resurrection because of her daily faithfulness to the Savior during His earthly ministry.  He had set her free from domination by the forces of evil and she then followed Him with deep devotion, doing what she could to help Him and the apostles.  The daily details of doing so were surely not glamorous, comfortable, or easy. The Savior had “nowhere to lay His head” (Luke 9:58) and the apostles left behind their livelihoods, possessions, and families to follow Him.  Like them, Mary surely adopted a transient way of life as they went with Him from town to town and shared in the many challenges of the ministry of the Kingdom.

In the ultimate time of crisis when Christ was nailed to the cross and all seemed lost, Mary bravely stood by Him as He died.  She went to the tomb in the early hours of Sunday morning in order to do the sad work of anointing His dead body as a final act of love. At the time, those actions probably did not seem like grand gestures that would secure her memory as anyone particularly important. They were simply the acts of faithfulness and love that were still available to her. She sought nothing for herself other than to serve the Savior, even when He was dead and no one expected the tomb to be empty.  She did not serve herself at all, but only her Lord.  That is how she was made worthy to see and speak with the risen Christ, and then to proclaim the good news to the apostles.

Throughout the period of her life in which she followed Christ, Mary probably often felt like the disciples in today’s gospel reading.  They had thousands of people to feed with only five loaves and two fish.  They felt greatly inadequate in the face of the needs of a hungry multitude.  As a woman who had been possessed by demons and was then following Christ in His itinerant ministry, Mary knew that she was not in charge or at the center of attention.  Accomplishing large or impressive goals was surely not her aim.  All that she could do was to offer her seemingly insignificant life to the Lord as best she could, which included supporting His ministry from her resources and learning from Him as she followed along each day, regardless of the challenges.

In our gospel reading, the Lord took, blessed, and broke the bread, and then gave it to the disciples to distribute to the people.  Miraculously, there was so much food that thousands had enough to eat with twelve basketsfull left over.  Christ did not require the disciples to figure out the logistics of how to feed so many people.  He did not insist that they do something really spectacular. All that He required was that they faithfully offered the small amount that they had to Him.  His blessing did the rest.

That is precisely how Mary Magdalene lived her life and became a glorious saint.  The Lord did not require her to do something impressive on a grand scale, but only to be faithful to Him each day in the circumstances that she faced.  Mary knew that she owed everything to the Lord Who had delivered her from demons, and then she offered herself to support Him and the apostles in their ministry as best she could.  And when seemingly small acts of devotion like staying with Christ as He died and then going to the tomb to anoint His dead body enabled her to become the first to witness and proclaim His resurrection, there was surely no one more surprised than Mary Magdalene.

We should learn from her holy and humble example not to ignore, reject, or diminish the importance of the seemingly small opportunities for serving Christ that we have each day.  Our lives do not go from one exciting and spectacular adventure to another.  Familiar routines and responsibilities fill our days.  God calls us to offer ourselves to Him faithfully and fully as we are, not as we fantasize about how we would like our lives to be.  Fantasy remains precisely that, an escape from reality.  If we do not take advantage of the small opportunities for serving Christ that we encounter each day in unremarkable ways, then we will never truly offer our lives to Him.

The obedience to which the Lord calls us probably will not seem especially noteworthy.  Devoting a few minutes each day to prayer and Bible reading, for example, requires only a small offering of our time, energy, and will.  The same is true for just about every spiritual discipline of the Christian life, from attending services to fasting, taking Confession, and helping someone in need.  We often magnify those offerings in our imagination to the point that we welcome excuses not to make them because we think that they will be so extraordinarily difficult.  When we face that temptation, it is helpful to remember that God does not sternly require an exalted level of spiritual perfection in everything that we do.  We simply need to offer ourselves to Him as best we can in our daily challenges, such as: holding our tongues when want to speak out of anger and judgment; turning our attention away from entertainment, conversations, and thoughts that inflame our passions; and limiting our self-absorption in order to become sensitive to the needs of others.  Likewise, He calls none of us to fulfill every ministry of the Church, but does call us all to use our gifts in strengthening the Body of Christ.

The same Lord Who fed thousands with a tiny bit of food feeds us with His own Body and Blood in every celebration of the Eucharist.  Those who commune with the One Who offered Himself for the salvation of the world have an obligation to offer every dimension of their lives for union with Him in holiness.  That is precisely how Saint Mary Magdalene became a Myrrh-Bearer and Equal to the Apostles, the first to proclaim the good news of the resurrection.  She did not set out to do something great, but simply to make a faithful offering of her life to the Lord. Let us follow her blessed, holy example as we serve Christ with humility in the routine matters of our lives each day.  These are the actions that reveal who we are before God.