The Manger and the Mall

This Christmas, as we face the tension we can transform it. Instead of simply buying more stuff for one another our gifts can be personal and lasting. The act of conscientious and prayerful giving and receiving can be a very helpful defense against the temptation of crass and empty consumerism.
Fr. Joel Weir | 26 December 2011

In the past two months, we as Americans have experienced the strange and curious season of preparation known as the “holiday rush”. This great American tradition, which now includes the mid-feasts of Black Friday and Cyber Monday features, among many other curiosities, billboards, TV, and computer ads, with words like “joy”, “peace”, and “love” intertwined with words like “sale”, “hurry”, and “4G Ready”. It’s a strange time, Christmas in America. It’s especially strange if you’re a Christian. There is an inescapable tension that exists between the reality of what we know and believe Christmas is really supposed to be about and the siren call of consumerism that surrounds us on a daily basis. Its kind of like a Nativity Scene next to an inflatable Santa on a lawn. It doesn’t really make sense. It doesn’t work. But, still – there it is, and you have to deal with it. 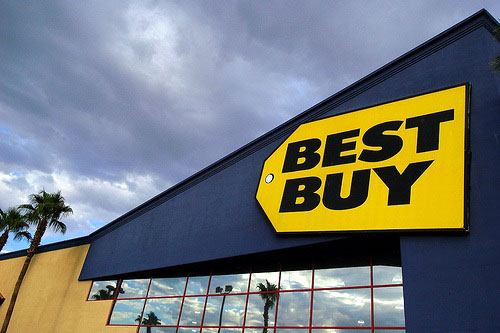 I think I first became aware of this tension sometime in middle school. I can remember the first time of feeling the disappointment of “stuff” at Christmas. I’m not talking about the feeling of getting socks in your stocking when you really wanted a Transformer, nor about the Electric Football game that didn’t actually work the way you imagined it would (I know, I’m showing my age). I’m talking about that deep pit of the soul feeling that tells you something isn’t quite right. I can especially remember the confusing cycle of excitement and then guilt about asking for and receiving certain expensive items at Christmas. I don’t know if it was because I had a greater realization of the sacrifice it took my parents to buy the presents (and, maybe a suspicion that they were going beyond their means) or if it was getting a keener sense of the economic situation of some of my friends in relation to mine. Whatever it was, something started to bug me. There was also the whole question about what buying and getting stuff even had to do with birth of Christ. And, then, I really got disturbed by reading further on in the story, to what Jesus actually said and did. Trust me, that messes with a kid, especially while staring at a new gaming system that replaced one your parents just got you last year.

I’m writing this now as an adult in my mid thirties. The temptation of twenty years ago – to have to have a new pair of Air Jordans when my old ones still had life in them has been replaced by the temptation to upgrade my phone when the one I have still makes calls just fine. I can affirm with confidence the words of Solomon that there really is nothing new under the sun when it comes to the struggle against the desires of the flesh. I do wonder, though, about what Christian teenagers and young adults face in today’s consumer culture, especially at Christmas. On one hand, I know that young people face a barrage of advertisements, suggestions, and access to instant buying and coveting that I never had to face at their age. On the other hand, I have spoken with many young people who have a much broader understanding of the effect that American consumerism has, not only in relation to people in their community, but to much poorer people in other parts of the world, than I ever had at their age. It wasn’t until I was an adult that I began to understand that my Christmas list could potentially have global implications.

But what does this have to do with the Nativity of Our Lord, the real meaning of Christmas? Fr. Alexander Schmemann once described consumerism as “the idea that everything belongs to me and I have to grab it”. The antidote to this sickness, he described as Eucharistic living, “where we offer ourselves and are accepted through Christ’s offering to Himself” (Liturgy and Tradition: SVS Press, p. 130). The Nativity story is filled with examples of non-possessing, non-instant, profoundly personal giving and receiving. Mary receives the message from the angel Gabriel, which she ponders in her heart, but does not seek to possess or own, but rather to give away. She will ultimately see her son handed over to be crucified for the sake of all mankind. She will respond to the great gift of bearing and giving birth to the incarnate Son and Word of God by giving her life in love and intercession for others. The greatest example is from Jesus Himself, “Who being in very nature God, did not consider equality with God as something to be grasped, but made Himself nothing, taking the very nature of a servant, being made in human likeness” (Phil. 2:6,7). This self-giving, self-emptying example, along with Christ’s willingness to be born and live among the poor should show us something about how we can honor His birth in our own act of giving and receiving at Christmas.

The consumerism of the holiday rush sells us a much different version of giving and receiving. Something that is supposed to be a personal expression of love to another person, in honor and celebration of the selfless love of God, becomes a source of anxiety, competition, and covetousness. Instead of drawing us to one another it separates us. And, on a global scale, our demand to have things cheap, instant, disposable and in huge quantities has led to ramifications not only in terms of poverty and abuse of the least among us, but also environmentally. Perhaps this is why the cycle of wanting and getting starts to bug us after awhile – our hearts tell us something is wrong.

This Christmas, as we face the tension we can transform it. Instead of simply buying more stuff for one another our gifts can be personal and lasting. The act of conscientious and prayerful giving and receiving can be a very helpful defense against the temptation of crass and empty consumerism. The extra work that goes into an inexpensive hand-made gift can be an excellent time of prayer for the recipient. Purchasing quality gifts from small, local shops can build relationships and support the community. Many charities have opportunities to donate in someone’s name. One of my family’s favorite traditions is picking out which type of animal we’re going to purchase from Heifer International. Sharing your talents and time is always a great gift, especially to those who especially need the joy of Christ in their lives. Visiting loved ones or even strangers in a nursing home, or volunteering as a family or parish community at a shelter or soup kitchen is a much better use of time and energy than fighting for an Xbox at Wal-Mart. Above all, combat the anxiety and urgency of the holiday rush with the peace and joy of Christ, whose birth we celebrate.