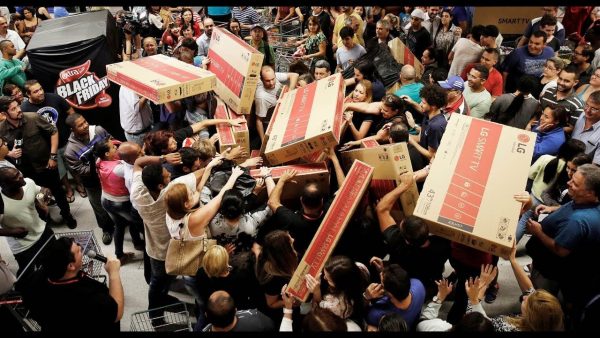 On a daily basis, I have become increasingly aware of the “religious” nature of almost the whole of modern life. That might seem to be an odd observation when the culture in which we live largely describes itself as “secular.” That designation, however, only has meaning in saying that the culture does not give allegiance or preference to any particular, organized religious body. It is sadly the case, however, that this self-conception makes the culture particularly blind to just how “religious” it is in almost everything it does. I suspect that the more removed we are from true communion with God, the more “religious” we become. It is, I think, an idolatrous substitute for true existence, and a misguided attempt to impose an order and meaning that we ourselves create. Our social life thus becomes dominated by our continual efforts to convince (or compel) others (or to convince ourselves) to accept a worldview and way of life that has no true existence apart from our own efforts to make it so.

In the first half of the 19th century, the German theologian, Friedrich Schleiermacher, advanced the idea that religion consisted of feelings (very primal) rather than doctrine, ritual, or morality. His writings were quite profound and offer some of the earliest explorations of the psychology of the religious mind. His thesis, however, was symptomatic of cultural movements that were already being unleashed in waves of “religious” (meaning “feelings”) fervor. His century was already rebelling against the arid rationalism of the 18th century Enlightenment. The mathematical beauty of a Bach fugue was giving way to the Romantics (such as Beethoven) where music moved away from theory towards the pyrotechnics of emotional impact (not to take away anything from the beauty of a Bach fugue). The same movement can be seen in art as well as a number of other cultural touchstones. The 19th century became the century of feelings and sentiments. We have never recovered.

The religious movements of the 19th century (particularly the Second Great Awakening) were not movements of doctrinal moment. Indeed, its one great doctrinal innovation was to promote a “born-again” experience, largely defined as an emotional event. Emotional excess was the expected result of “revival.” Indeed, the revivals of that century swept through areas in something of a hysteria. Lives were transformed. Hundreds of new denominations were started in its wake as a fever of emotion brought about a religious creativity not seen in centuries. America’s great cult movements (Mormons, Seventh-Day Adventists, Jehovah’s Witnesses, Shakers, etc.) flowed in the fever of religious emotion. I would add to these 19th century movements the modern social “revivals” that manifest themselves in gender theory, trans-genderism, and such. They share a common “religious” basis and behavior and, I think, can only be rightly understood when seen in this manner. Thousands of people are being sexually “born-again” and, behold, they are made new – complete with cult-like behaviors and definitions.

The same religious emotion in the 19th century swept into the political realm and became the engine for social reform. It is equally the case that the drive towards the West rode on a wave of religious sentiment in order to fulfill the nation’s “manifest destiny.” In the 20th century these religious feelings have been tapped by advertisers and politicians (particularly in the form of patriotism). It is absolutely the case today that when we see debates around the flag and the national anthem, we are witnessing a religious debate. Patriotism is a religious movement.

Sadly, the same set of feelings are the fuel for the engines of war in our time. The song-writers of Tin Pan Alley were tapped for patriotic music to support the ill-advised entry of America into the First World War. It is a rare case that the “logic” of a war is sufficient for its support in a democracy. Only a quasi-religious sentiment can muster the madness required to send people to their death on a large scale. We not only fight wars – we believe in them.

All of these thoughts swirl in my mind as I think of my own faith and practice as an Orthodox Christian. The habits of the heart that produce religious feeling are powerful. They are able to accomplish mighty works (like buildings). They do not, however, produce theosis – salvation. The feelings that are associated with religious-like movements and events in our culture are actually nothing more than passions. They include lust, envy, anger, shame, disgust, and a host of other such forces. Simply because they are attached to something we consider noble (such as our religious faith or our nation’s flag) does not make them noble feelings. Often, they are mob feelings, capable of generating dangerous, even murderous thoughts and actions.

As Orthodox believers we pray, “Create in me a clean heart, O God, and renew a right spirit within me.” This describes a life grounded in a right-ordered mind and heart, not dominated by the passions, much less moved by the winds and currents of popular culture. Sadly, Orthodoxy is seen by some as a castle of sorts in the culture wars, a bastion of traditional beliefs and practices that provides a place of safety from the prevailing liberal winds. It is, indeed, a place where traditional practices and beliefs are matters of dogma. But it is not a conservative “wind machine.” To both liberal and conservative, the Church says, “Come in out of the wind.” The invitation is renounce the religious spirit(s) of the age, whether they are blowing from the Left or the Right.

Scripture teaches us: “Therefore, if anyone is in Christ, he is a new creation; old things have passed away; behold, all things have become new.” (2Cor. 5:17)

The Orthodox way of life asks us to take up the way of the new creation in which the passions are perceived as distractions and the chains of bondage. For many, such an analysis is criticized as “withdrawal from the world.” It is not a withdrawal, but a refusal to participate in the orgy of sentiments that cannot possibly serve Christ or our fellow human beings. Only those who have crucified the flesh and gained freedom from such passions are truly present in the world. They are markers of our true existence and anchors for a steadfast communion in Christ.

For more than 200 years, modernity has labored under slogans that promise a better world. While the sentiments they contain are always well-meant, in truth, they serve primarily to stir passions and demand actions that transcend reasonable and rational strategies. They presume that no problem is insurmountable as long as we care enough (that’s a sentiment that I expect to see someday on a bumper). It is, of course, not true.

The “religious” sentiment of modernity is a vortex of death. You need look no further than the warring culture, where the religious factions (some of which imagine themselves to be secular) are drawn up in constant battle array. Neither can vanquish the other. You never win a religious war.

Scripture teaches us that our warfare is not with flesh and blood but against “angels, principalities and powers, spiritual wickedness in the heavenly places.” The only place such battles can be waged is within the human heart. St. Seraphim taught us that if we acquire the Spirit of peace, a thousand souls around us will be saved. By that ratio, we could save the world. Such a salvation would appear as quiet and ineffectual as 12 peasants in an upper room. God has never had any other plan.