The Gospel lesson for the Sunday of Forgiveness, which initiates the Lenten season, sets two conditions for liberation from the enslavement to sin. (Matt. 6: 14-21). The first condition is to fast. Fasting is the way to free us from the addictions of the body and to place the spirit in charge. The second condition is to forgive. Christ taught that we must forgive those who wronged us in order to be forgiven by God. Saint John Chysostom gives this example: What would it be like if someone came to you and asked for forgiveness while at the same time was seeking revenge on someone who wronged them. What would you do? According to Father Alexander Schmemann, forgiveness breaks the cycle of sin that rules the world of division, opposition, separation and hatred. Forgiveness brings a return to unity, solidarity and love. It puts the radiant forgiveness of God between my enemy and me. 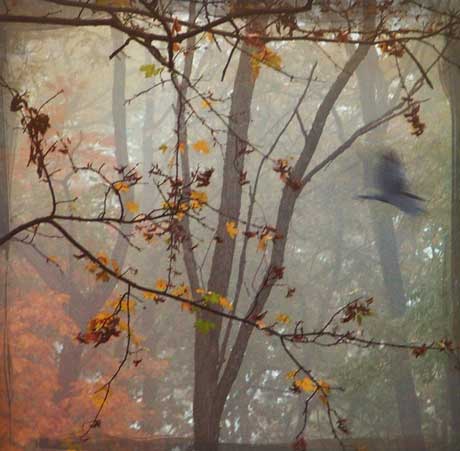 In the area of social science a new field of study is emerging which is the science of forgiveness. According to Dr. Glenn Harden, as recently as the early 1980’s one could find little reference to person-to person forgiveness in psychological abstracts. In May of 1998 the John Templeton Foundation, a foundation dedicated to the study of science and religion, awarded 29 scholars research grants for the study of forgiveness. There is an interest in forgiveness because of a growing need in the world today for tolerance, cooperation, compassion and understanding. Robert Enright, professor of psychology at the University of Wisconsin who is president of the International Forgiveness Institute, believes that forgiveness might be useful in helpingm those affected by cruelty, crime and violence and might even play a valuable role in reconciling warring parties by restoring harmony between people.

TO HEAL REASON, the article by Professor Vladimir Katasonov on the front page of this edition , says that “science grows out of faith.” This position is based on an Eastern Orthodox view of science and is supported by such Church Fathers as Saint Gregory Palamas. For this reason there cannot be a conflict between science and religion because they are part of the same tree rooted in faith.

An example of Professor Katarasonov’s position can be seen in the scientific study of forgiveness. Jesus taught the necessity of forgiveness as an essential element of faith. The Church then ritualizes the teaching so we can actually experience it. Science gives a practical model revealing its value to humanity and suggests a method to follow. The research has shown that the spiritual act of forgiveness can promote personal, international and social well being. It heightens the potential for reconciliation, and releases the offender from prolonged anger, rage, and stress which are linked to cardiovascular disease, high blood pressure, hypertension, cancer, an other psychosomatic illnesses.

Robert Enright, who describes himself as an Evangelical Catholic, began his research in 1985. He began by asking the question, ” If social science is part of the helping professions and, if the wisdom of the ages- the Holy Bible- is replete with wonderful stories of the success of person-to-person forgiveness, why haven’t the social sciences ever thought to study forgiveness as a primary investigation?” When he began his research, he could not find a single study on the topic of person-to-person forgiveness. After working for 10 years, the Chicago Tribune finally discovered his work and a reporter wrote an article on Enright and his International Forgiveness Institute.

His research has determined what forgiveness is not. It is not forgetting. Deep hurts can rarely be wiped from one’s awareness. It is not reconciliation because this involves two persons. The injured party can forgive the offender without reconciliation. It is not condoning since forgiveness does not excuse bad or hurtful behavior. It is not dismissing. Forgiveness involves taking the offence seriously and not passing it off as inconsequential or insignificant. It is not pardoning because this is a legal transaction that releases an offender from the consequences of an action, such as a penalty. He defines forgiveness as a personal transaction that releases the one offended from the offence. It is one person’s heartfelt loving response to another person or people who have personally hurt the forgiver.

Enright describes forgiveness as a process. You don’t deny feelings of hurt, anger or shame. Rather you acknowledge them and commit yourself to do something about them. Then you identify the specific offensive behavior but are careful not to focus only on the offender. You make a conscious decision not to seek revenge or to nurture a grudge but decide instead to forgive. You then formulate a reason for forgiving like, “if I don’t forgive, God will not forgive me” or ” It will help me move on with my life.” You think differently about the offender and try to see things from the offender’s perspective. Then you accept the pain experienced without passing it to others including to offender. You choose to extend goodwill and mercy towards the other and wish for the well being of that person. You think about how it feels to be released from the burden of a grudge and seek meaning in the suffering you have experienced.

From this process researchers have developed a model of forgiveness intervention entitled: The Pyramid Model . It is a five- step process using the acronym R E A C H. (1) R– recall the hurt, (2) E– empathize with the person who hurt you, (3) A– altruistically bestow forgiveness, (4) C-commit yourself to forgive, and (5) H-hold on to forgiveness. Researcher Michele Nelson suggests that there are degrees and different types of forgiveness. She explains Detaching Forgiveness as a reduction in negative feelings toward the offender without reconciliation. Limited Forgiveness is a reduction in negative feelings and a partial relationship restoration and some degree of emotional investment in the relationship. For Full Forgiveness to be experienced there must be a total cessation of negative feelings toward the offender and a relationship which is restored and grows.

By applying degrees of forgiveness to our relationship with God, we can experience God’s full forgiveness by developing a relationship with Him. He has forgiven us and desires a relationship with us. Receiving Holy Communion at the Paschal Liturgy is by far the best way to experience the full forgiveness of God. In order to enjoy this forgiveness, with God’s help, we must enter the human process of forgiving those who have offended us. Let us remember the words of Christ. “For if you forgive men their trespasses, you’re heavenly Father will also forgive you. But if you do not forgive men their trespasses, neither will your Father forgive your trespasses. Therefore if you bring your gift to the altar, and there remember that your brother has something against you, leave your gift there before the altar, and go your way. First be reconciled to your brother, and then come and offer your gift. (Matt. 6:14-15,5:23-24)

In January the Parish Council surveyed St. Luke parishioners regarding our Strategic Plan. Four responses to the survey…