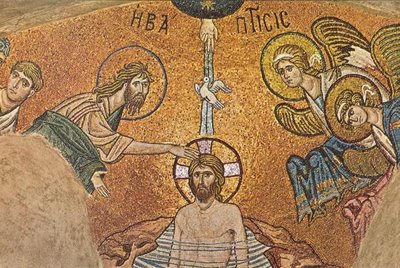 Firstly, we have a thought, a temptation towards evil. Secondly, we entertain that thought and imagine its attraction until it becomes irresistible. Thirdly we act on that thought that we have entertained. These are the three stages of sin.

Firstly, our consciences are pricked, we have the thought that what we have done is bad. Secondly, we entertain that consciousness and develop it until action becomes irresistible. Thirdly, we act. These are the three stages of repentance.

Repentance then is not just an idea, a thought, it is above all an action. Repentance is a change of mind which leads to a practical and visible change in our way of life.

Yes, it is true, that often we seem to come to confession with the same sins as before. Yes, it is true, that often we seem to make no progress, that although we have done wrong yet again, we have no tears, no depth of repentance to make us change our way of life. However, this should not mean that we lose hope, that we despair. That would be to fall to another temptation of the demon, the thought that we are unable to repent and that all our efforts are futile. Merely coming to confession and saying that we are weak, that we have done wrong yet again, that our repentance lacks depth, is an act of repentance in itself. As the Gospel says, we must forgive even unto seven times seventy. Moreover, by continued repentance and the determination to repent, eventually depth of repentance and tears will come to us.

If this is repentance, what then is the Kingdom of Heaven?

Yes, it is true that our well-being does to some extent depend on whether we have a job, a roof over our heads, enough money to pay our way in the world. But none of these things is absolutely essential, for there are people who have all these things but are still unhappy, they do not have the Kingdom of Heaven. And there are people who have none of these things and yet they are happy, they have the Kingdom of Heaven.

This reminds me of film-stars who marry and then divorce, remarry and redivorce and do this six or seven times, and each time blames the others for the divorce. In fact it is the film-stars who bear the problem inside themselves, in their selfishness and hardness of heart.

It reminds me of someone who goes from country to country and job to job, blaming each uprooting on others. In fact the problem is carried in the suitcase, the problem is with the instability of the person, their inability to get on with others, it is not in external circumstances.

It also reminds me also of the old folk-tale about happiness, which goes like this:

May God grant us the desire for that repentance. 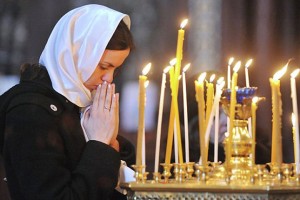 “Repent, for the kingdom of heaven is at hand!” Man, and even the very best Christian,… 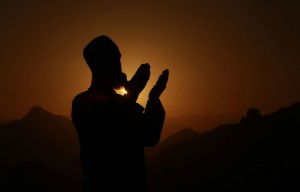 “Repent!” What does “repent” mean? The word “repentance,” translated from Greek, means a change in way… 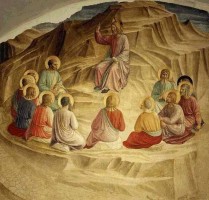