The Theology of Maidan 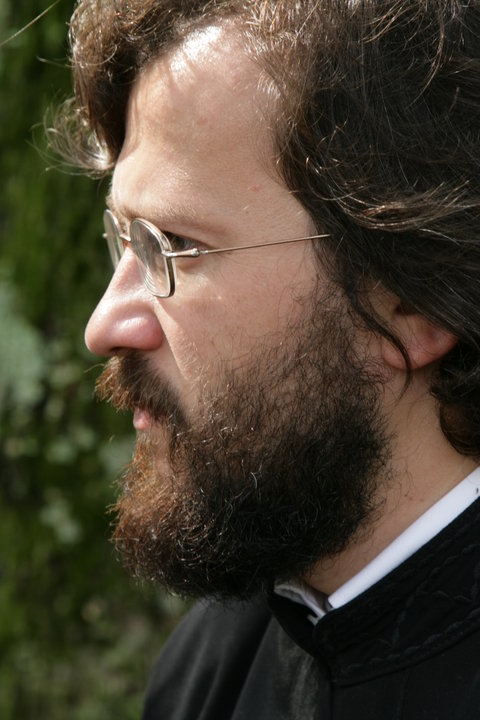 It is too early to sum up or to reflect theologically upon what is going on at the Maidan in Kyiv. First, everything is changing rapidly and the next day the Maidan can be completely different or can perish altogether. Second, to properly reflect on such an event as the Maidan, some time should pass. Nevertheless, it is already clear that the Maidan, regardless of its future, has changed the country, the society, as well as the relations between the Ukrainian churches and the Ukrainian society.

In Western Europe, the crimes of Nazism, including the Holocaust, forced the Christian churches to radically reconsider their relationship with state and society. A distinct discipline of political theology has been born as a reaction to the Nazis’ totalitarianism and artrocities of the WWII. In Ukraine, however, neither the persecutions of the Church by the Bolsheviks, nor the Holodomor, nor Stalin’s purges, nor the war, nor persecutions under Khruschev, nor the liberation of the Church from the atheist pressure and its immediate splitting into warring religious groups have led to similar consequences. The Maidan, however, has a chance to initiate a process of re-evaluation of the relationships between the Church, the state, and society. Then the Ukrainian churches will also begin to consider themselves differently. This is the subject of my brief reflection.

Historically, the Christian church both in the east and the west had primarily a bilateral relationship with what we call the public and political sphere and which is also known under the Greek word politeia. Namely, this relationship existed almost exclusively between the church and the state. Relatively recently the churches began to realize that these two dimensions: church and state – are insufficient. There exists a third self-sufficient dimension – the society – which is also important for the church.

This realization forces the churches to proceed from the bilateral relationship ‘church-state’ to the trilateral relationship, which includes church, state, and society. Or to put it in a better order: church, society, and state, where the state takes the third place. It should be mentioned that in the history of the Christian church there were instances when the church dealt with society as a category distinct from the state. St Augustine is believed to have laid the foundation of the relationship between church and society in his seminal work ‘De civitate Dei.’ No such discources existed in the east. However, in the east there have been many examples of pointed interactions between church and society as a third dimension, such as, for instance, in the case of St. John Chrysostom.

The Maidan presents an example of a society that is beginning to understand its distinctiveness. The Maidan is giving or has given birth to a community which represents a classic instance of the civil society, almost its pure substance. This community identifies itself on the basis of shared values, including dignity, honesty, non-violence, solidarity, and readiness for self-sacrifice. Civil society in the form currently present at the Maidan can hardly be found even in Europe, where for the most part people nowadays are united on the basis of common interests, but not common values. I cannot personally imagine any contemporary European country where people would be freezing and risk being beaten or even killed for 24 hours a day for weeks, for the sake of values that seem quite abstract. The Ukrainian Maidan that gathered ‘for the sake of Europe’, has become more European than Europe and its politicians. The Ukrainians see how the European politicians betray the European Maidan, but they do not betray the European values they stand for. The Ukrainian Maidan actually brings back to many Europeans confidence about Europe; it cures what can be called ‘the European fatigue.’

Moreover, the Maidan has dramatically overgrown all the Ukrainian churches in regards to values. These churches before the Maidan and partially at its first stage remained engaged in bilateral relations with the state, some to a greater and some to a lesser extent. Only recently have the churches started to realize and reach for the moral heights of the Maidan. They moved beyond the general admonishions to avoid violence and began to come together in words and deeds with the values of the Maidan. They realized how close these values were to the values of Christianity, including altruism, readiness for self-sacrifice, solidarity, and so on. The Maidan in a very Christian way chose to be weak, even though it is strong in numbers and in the determination of its participants. The Maidan has adopted almost eschatological expectations that the dignity of human nature, created in the image and likeness of God, can one day be restored.

The Maidan pushed the churches to rise above the status quo that dominated their relatioship with the state for years, and to take the side of the society in its struggle with the violent regime. Now the churches need to make a step further and to judge the regime honestly. It is irresponsible for them to hide behind the reduced interpretation of the Scriptural statement that ‘all authority comes from God’ (Rom 1, 13). This interpretation is reduced because it cannot explain the position of such great saints as Athanasius of Alexandria, Ambrose of Milan, John Chrysostom, Maximus the Confessor, and others. These and others saints openly accused the authorities of their time of abuses. They did not limit themselves to the self-evident and secure appeals to be good and not bad. They called things by their proper names and were direct in accusing the authorities to their face. Now the churches that want to follow the example of the saints have an opportunity to articulate what the majority of the Ukrainian people have clearly understood, even though these peoples did not study moral theology in the theological seminaries and academies. They nevertheless clearly see that the present Ukrainian regime is not Christian even though it demonstrates an inclination to the religious cult. Its Christianity is a sumulacrum. It has a form, but not the content. It has no Christian morality in it. This regime does not treat the others as their brothers and sisters. In their relations with God, the authorities seek that God does not impede them from obtaining new trophies from the unfortunate people rather than consider using their power to serve their neighbour.

The churches now have an opportunity to recognize that they often serve as mediators between God and the criminals, who want to protect themselves from God. The churches receive ‘commission’ for their mediation.Where does this mediation lead? – It leads to legitimization of corruption and to its sacralization. Indeed, corruption in our society has become sacred. The Maidan gives the churches an opportunity to change this status quo and to refuse to fulfil this mediating role, which only serves to legitimize corruption, social injustice, abuse of power, etc.

The Ukrainian churches now have an opportunity to step out of the dark circle of collaborationism with the criminal regime and to follow the ‘Confessing church,’ which withstood Nazism. It is a good time to step out of the metaphysical refuge and to follow Barth and Bonhoeffer in proclaiming that Christ is the Lord of everything, including politics. It is time to overturn this shameful dualism of the political and metaphysical, which has led most German churches to collaborate with the Nazis. It is time to apply the ideas of the ‘Confessing church’ in Ukraine.

Christians in Ukraine: Ecumenism in the Trenches

The conflict between the state and the society in Ukraine has led to a significant, and positive, shift…

Christian Ethics: On the Road from Self-sufficiency to Self-determination

Contemporary Orthodoxy is the Field of Grace’s Action