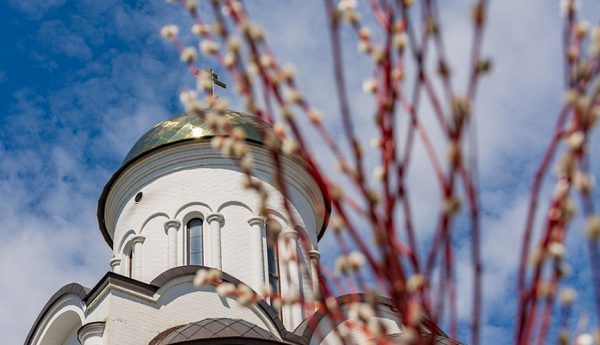 I suppose that sometimes, people found Jesus to be downright exasperating.

Take this whole king business. Before his death, two of his disciples will ask if they can sit on his right hand and on his left when he comes into his kingdom. Jesus says, “Well, that’s not my decision.”  Pontius Pilate asks him if he was a king. Jesus says that he is a king, but his kingdom is not of this world. Even after his death, the disciples will ask if he is now going to restore the kingdom.  Jesus’ reply is perplexing- “No, but just wait in Jerusalem.”

The palm branch became a symbol of true kingship in Israel. So, on Palm Sunday, the “mouths of babes” proclaims him as king, and Jesus doesn’t seem to object. In fact, he says to the Pharisees that even the stones would cry it out if they stopped.

So, king or not king-which is it?

There have been kings, and rulers, and despots, and tyrants- Mussolini, Hitler, Stalin, Napoleon, Pol Pot, Ghengis Khan, Idi Amin …the list is quite a long one. Power and might, terror and destruction-yet every one failed. Think of it-every one.  They failed and they weren’t even trying to do what this Man came to do: conquer the human heart.  Capturing castles or storming across Europe seems tough, but it’s a cakewalk compared to capturing the human heart.

So, how successful has this King been in his campaign? He has captured many hearts, but I can really only answer on a personal level.

Riding into Jerusalem on a donkey, Jesus faced some powerful opposition. Well, when He tries to ride into my heart, which is my Jerusalem, he’d better be ready for a fight. There’s already a king on the throne on my heart…and that’s ME!  That’s why it’s so funny to hear me exclaim that Jesus is king.

To be honest, I’m not really much of a king in here. I surrender pretty easily to the cares and pleasures of this world. I surrender often to pleasure and passion and to anger. Some king I am!! I thought kings were kings because they are in control of everything. If I am a king, I am a slave king.

Jesus comes in humbly riding on a donkey to ask for my surrender. What do I do with that? I guess that He realized that trying to take me by force wouldn’t have worked too well. I would have treated Jesus the way a first century Jew treated the Romans. I might have tolerated him, but there would be little love. Also, I’ve got a pretty powerful Sanhedrin in my soul that wants to fight and contend with anyone who wants to claim kingship over me.  After all, I am a democratic American and I think that everything should be decided by majority vote.  And I am a Virginian! Take a look at our State Seal. On it, you will see that we have our foot on the neck of a king, and the motto reads, “Sic Semper Tyrannis”- “Thus Always to Tyrants!”

How will I know if Christ is really the King of my life?  Easy! All I have to do is check my list of priorities for the day and then I will know the truth of the matter. Most days, I’m a bit too busy for my…ah…king.

If the truth be known, I’m still waiting for my own personal Palm Sunday, a day in which I too will proclaim “blessed is He that comes in the name of the Lord.”  I suppose (and it is a rather sad supposition) that just as He did in Jerusalem, the Lord will have to struggle in my heart, face my Sanhedrin, be betrayed, crucified and rise again, before I will finally surrender and proclaim him King.

There was a time in my Protestant past when i lived with an expectation-“Maranatha! Come quickly, Lord.” In…

Most viewed articles
Metropolitan Hilarion of Eastern America and New York to Be Buried in Jordanville on May 22293
What Do We Celebrate at Mid-Pentecost?132
Family Life and Spiritual Warfare102
Concelebration of Divine Liturgy by the Serbian Patriarch and Archbishop of Ohrid in Belgrade (VIDEO)73
Patriarch of Serbia to Concelebrate with Archbishop Stephen of Ohrid63
China’s Internet Clampdown Is Step Closer to ‘Cancelling Christianity’62
God Within the Chaos61
Registration Opens for June 17 Parish Development Forum Online23
Most popular authors
Pravmir.com team452
Ioannis Foundoulis132
Archpriest Michael Gillis102
Donna Birrell62
Priest Peter Kavanaugh61