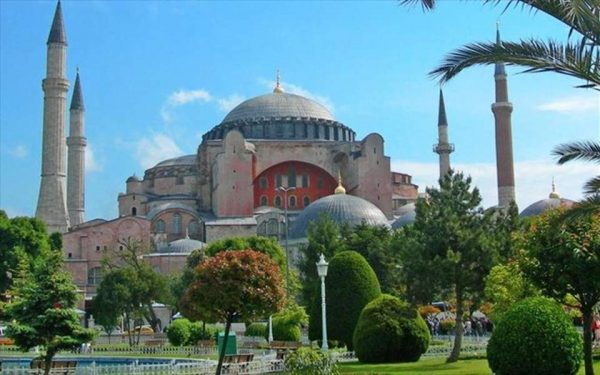 In its annual International Religious Freedom Report, the US State Department notes that senior US government officials have continued to publicly and privately express to Turkish officials their view that Hagia Sophia, a former Orthodox Christian cathedral in Istanbul, is a monument of exceptional significance that must be preserved in a way that respects its religious history.

The report also said the officials stressed that Hagia Sophia is a symbol of peaceful coexistence, real dialogue and of respect between religions.

Turkish President Recep Tayyip Erdogan and other high-ranking Turkish officials have repeatedly expressed the view that the 6th century monument, currently a museum, must be converted to a mosque.