Metropolitan Hilarion: “Changing the Status of Hagia Sophia May Damage the Inter-Religious Balance in Turkey” 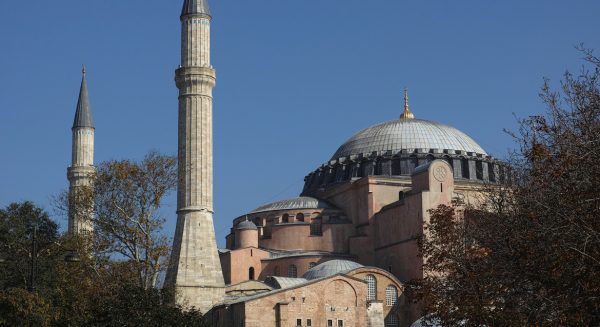 Metropolitan Hilarion, Chairman of the Department for External Church Relations of the Moscow Patriarchate, believes that the change of Hagia Sophia’s current status of a museum may damage the existing inter-religious balance in Turkey.

Commenting on the situation when Muslim leaders read the Koran in the ancient temple, Metropolitan Hilarion reminded that the temple has been considered a museum by the decision of Kemal Ataturk since 1934, and in 1985 it was added in the UNESCO World Heritage List, reports the DECR website.

“For millions of Christians around the world, especially Orthodox Christians, this temple is a symbol of Byzantium and a symbol of Orthodoxy. It was built in the VI century by Emperor Justinian precisely as an Orthodox church and became not only a miracle of architecture of its time, but also the main Orthodox church of the Eastern Roman Empire,” Metropolitan Hilarion noted.

He added that the Church of Hagia Sophia is also important for Russian Orthodoxy, because “the ambassadors of Prince Vladimir there, during a divine service, felt that they did not know whether they were “on earth or in Heaven,” and decided to tell Prince Vladimir about this. As a result of this embassy, ​​a historic decision was made by Prince Vladimir to baptize Russia.”

“Any attempts to change the current status of the Hagia Sophia, which is now a museum, will lead to the violation of the fragile inter-faith and inter-religious balances that have developed by now,” the metropolitan said.

He expressed the hope that the church known throughout the Orthodox world “will continue to be a museum, and that the access to it will be open to everyone, and that such events will not provoke inter-religious tension.”