The Walls of Paradise – and the Fire of God 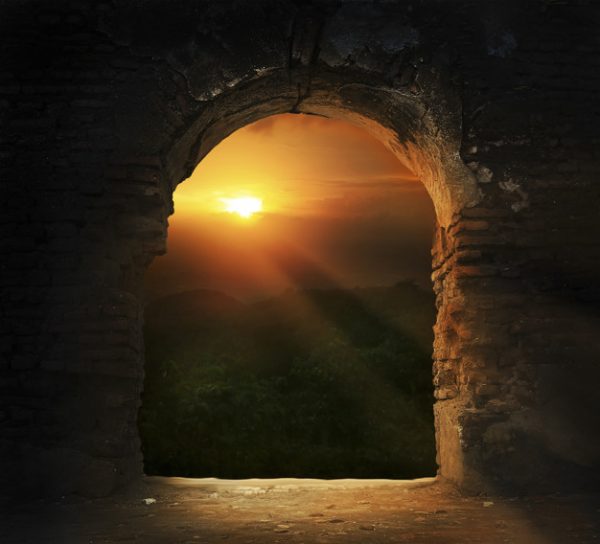 I love walls. Perhaps the most charming aspect of medieval cities are their use of walls. Some surrounded the city and served as protection. Others surrounded smaller areas and prevented easy access and egress (perhaps understandable in a world with lots of animals present). There were other walls that signaled “higher” boundaries. In a medieval world, the “order” of things was thought important: kings and commoners, high-born and low-born, masters, yeomen, and apprentice, etc. The whole of the universe had an order (hierarchy) that included the angels, human beings, and all creatures. The point was not oppression or suppression, nor to “keep people in their place.” Rather, the order of things served the purpose of union with God. The entirety of the angelic ranks, though imagined to be “higher” than human beings, actually existed for the service of human beings, who would (according to the Scriptures) eventually judge them. Indeed, the Mother of God was hymned as “higher than the Cherubim, more glorious beyond compare than the Seraphim.” Nevertheless, the “hierarchy” (literally, “holy order”) remained.

Walls were part of the holy order. Within the Church, railings, fences, or walls, separated the Sanctuary (“holy place”) from the general body of the Church. There was something of an order about who stood where (even among those in the sanctuary).

Walls have an inner reflection that has not entirely disappeared from our world. Psychologically, we describe them as “boundaries.” These demarcations note the “space” of another personality, or, even the “rights” of which we seem to be so fond. In a highly democratized world, external walls are often removed, while every internal wall struggles to maintain its existence. This adds to the confusion of an already confused world.

It is only walls and boundaries that make meaning possible.

On a page of text, each letter consists of boundaries between the blank whiteness of the page. If there are no boundaries, there is nothing to be read. The most frightening existence I can imagine would be to float in an empty black space in which location is meaningless and without reference. It is the stuff of a nightmare.

But, we indeed live in a democratized world. We challenge walls of every sort and shout approvingly whenever they come tumbling down. In a strange manner of speaking, democracy is the maximization of narcissism. Where there are no walls, everything is me and mine.

The medieval world’s intuition was not the product of a perverse culture. The heavenly city, described in Revelation, has walls. That highest vision of human happiness is de-fined – surrounded by mystic walls.

One of the modern expressions of un-bounded democratization is the doctrine of Sola Scriptura and its caricature of the “literal” reading of Scripture. People forget that Sola Scriptura gained its footing in a period that was committed to the overthrow of the medieval culture. If the Scriptures are easily accessible to everyone, then scholars, priests, and Church Fathers, will be reduced to equals. We want no mediator between us and God, and no mediator between ourselves and the meaning of Scripture. Of course, when every ploughman becomes a preacher, the confusion that ensues is more than predictable: it becomes ridiculous.

St. John Cassian expresses the mind of the Fathers in this manner:

To penetrate to the very heart and marrow of the heavenly words, and to contemplate their hidden and deep mysteries with the heart’s gaze purified, can be acquired neither through human science nor through profane culture, but only by purity of soul, through the illumination of the Holy Spirit.  Conferences, XIV,9

St. John knows, as do all the Fathers, that the truth of the Scriptures has its own boundaries, the first and easiest of which is the letter itself. To understand more than that requires something that is not merely common.

The same understanding was voiced long before by Origen, in a sentiment shared by many early Fathers:

If you try to reduce the divine meaning to the purely external signification of the words, the Word will have no reason to come down to you. It will return to its secret dwelling, which is contemplation that is worthy of it. For it has wings, this divine meaning, given to it by the Holy Spirit who is its guide … But to be unwilling ever to rise above the letter, never to give up feeding on the literal sense, is the mark of a life of falsehood.

None of these boundaries are created in order to separate us from God. They are, instead, a means by which we may come to Him in the right manner. From the moment of our expulsion from the Garden, an angel was set at the gates to prevent our entering in the wrong manner (and so create an even worse destruction for ourselves). The hiddenness of God, and of the things of God, are everywhere and always for our salvation. If hierarchy plays a role in our salvation, at the very least it is an effort to heal our demand to be equal to God.

There is no accident in God’s decision to enter our world through the most humble of all gates: the womb of the Blessed Virgin. The mystery of her womb is sometimes described as fire (she is the Burning Bush, who bears God in her womb – “our God is a consuming fire”) and yet is not burned. Our own rebirth and renewal in Christ comes through immersion in the same fire.

The Mother of God is a “boundary,” against a misguided rationality. The very phrase, “Mother of God,” or “Theotokos,” is an impossibility, a contradiction in terms. And yet, it is true.  Those who dismiss her, or refuse to honor her, reject the saving mystery within her. By the same token, she can be embraced mindlessly in a manner that refuses to acknowledge the contrary nature that she represents.

Throughout our day, we are met with many contradictions – events that shatter our happy expectations with disappointment and suffering. These events are walls that interrupt our impeded progress towards self-destruction. They carry, beneath the contradiction, the fiery providence of God’s love, inviting us into the feast that lies within them. This, I think, is the most difficult of all trials. When St. James and St. John approached Christ, asking to sit on his right and on his left in the Kingdom, He answered, “Are you able to drink the Cup that I drink?” To this day, our pre-communion prayers say, “Burn me not as I partake…” The eucharist is a fiery Cup.

The whole of our daily experiences is Scripture of a sort, an epistle being written on the fleshy tables of the heart. It is, without a doubt, the most difficult epistle to read. The Elder Cleopas used to greet those who came to him by saying, “May paradise consume you!” We are surrounded by paradise, though a flaming sword guards its entrance.

I think that it is only in giving thanks always and for all things that we are able to pull back the veil and enter into the fiery mystery of God-in-the-world. This action is often taken quickly, in order to survive the difficulties of a day. There are some brave and holy souls who linger over the Cup long enough to drink a proper draft. It is done in order to get past the things for which we give thanks and to find the Giver Himself.

And this brings me back to walls. A world without walls would be a world without meaning. I have discovered, over time, that there are walls-within-walls in the human heart. Some of them hide frightful secrets. Even there, paradise hovers ready to consume us if we linger long enough in our desire for God.