Holiness Is the Norm and the Meaning of Life 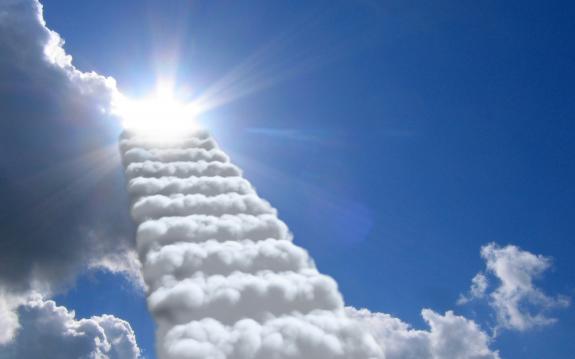 Usually we perceive holiness as something unattainable for us, because we understand that we sin a lot. Are there among us those who never get irritated, eat too much, become upset over trifles, who have no greed for money, do not let lascivious thoughts into their hearts, avoid vanity and pride? Most people believe that if you do not lie or cheat here and there, you cannot get along. Yet God calls us all for holiness: “you shall be holy; for I am holy” (Leviticus 11:44). Moreover, we belong (let us think about it!) to the One, Holy, Catholic and Apostolic Church. And if we are its members, then we are called to be holy. The life of a person who does not strive for holiness is unnatural. In ancient times, those who lost the best human qualities were called monsters.

What does it mean to be holy? It means always trying to act in truth, not to put up with cunning, to cherish in your heart not the carnal and selfish, but the true selfless love for God and your neighbor.

Being holy in a world that lies in evil has always been difficult. The surrounding people and the environment are ever pushing you to act dishonestly, to serve the evil one.

We betray our holiness as early as in our childhood, at school, when, deceiving parents and teachers, we copy somebody else’s homework or cheat at exams. Later, following our peers’ example, we secretly drink alcohol and start smoking. Blessed Augustine reveals in his Confession how, just to please his friends, he took part in thefts as a child, and lost his virginity in his youth.

The Church dedicates the first week after Pentecost to all the saints from the time of Her birth, and the next week – to all Russian saints. They were human like us, but they remained faithful to Christ, they served the truth despite the tremendous pressure from the authorities and the immoral environment, and they prevailed over the evil one. Among them are tens of thousands of martyrs and confessors, bloodless martyrs – saint ascetics, as well as prelates who did not want to live a lie and, despite being prohibited and ridiculed, fearlessly preached the Word of God and showed people the way to salvation.

Did they endure severe trials and temptations by their own efforts? Of course not. It is no coincidence that all saints and all Russian saints are celebrated immediately after the Holy Pentecost. Indeed, the all-powerful grace of God helped them on the complex road of life. Among saints there are many who actively influenced the political processes of their time. Among them are the Holy Equal-to-the-Apostles Prince Vladimir and Princess Olga, the Blessed Prince Alexander Nevsky, St. Sergius of Radonezh, St. Arsenius, Metropolitan of Rostov, St. Paul, Metropolitan of Tobolsk, Holy Martyr Vladimir, Metropolitan of Kiev, and many others. However, political competition was not an end in itself for them.

The main purpose in their life was the acquisition of the grace of God. It was because of this that they acted bravely, and their words had great power.

How do you gain grace in your heart? For this, some fast rigorously, regularly go to Confession and Communion, others pray a lot or try to do good deeds daily. For example, our St. Nicholas, whom the ancient Kyivites called Svyatosha (=the holy one), exchanged the princely chambers to a poor monk’s cell to receive grace; he worked in the kitchen with other monks, chopped wood, brought water from the well for the brothers. St. Eustratius of the Caves, thanks to his fasting, gained such grace of God that, being in captivity and crucified by Jews, he did not renounce the Orthodox faith, but courageously confessed Christ the Savior.

St. Agapit of the Caves, thanks to his selfless and attentive treatment of the sick by the power of grace, could heal even those whom doctors had said would die very soon.

Therefore, let us not think that holiness is something unattainable for us. Aspiration for it should become the norm of our life, for only in this way will we be able to become closer to the All-Holy God. It is holiness that reveals to us the true – not fake and mistaken – meaning of life here on earth, and gives eternal life in the Kingdom of Heaven. Amen!