The Waters of Sarah 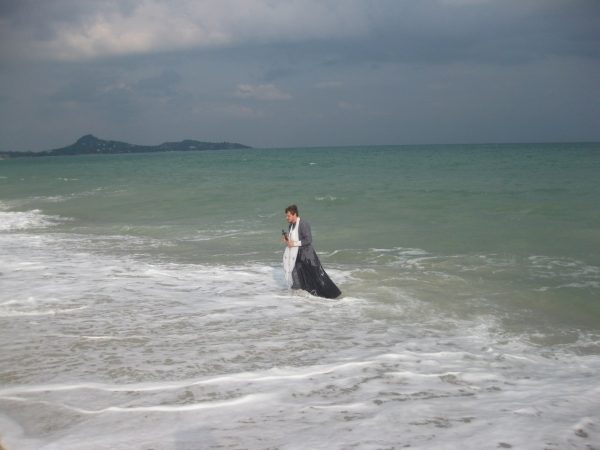 North American popular culture, as brought into your home and heart by the North American media, is a very powerful force, and it seems that we too easily underestimate its transforming power.  How else to explain the results of a poll undertaken by the Public Religion Research Institute regarding the popularity of the view that favours allowing gays and lesbians to legally marry, and opposing policies that would give business owners the right to refuse services to a same-sex wedding?  The PRRI, a Washington, D.C.-based polling firm, polled 40,509 Americans in 2016 for its American Values Atlas.  That the majority of Americans favoured gay marriage is not surprising (58% versus 32% who opposed it and 10% who had no opinion).  More surprising is that of those surveyed a full 44% of American Muslims favoured gay marriage. Given Islam’s famously unenthusiastic view of homosexuality, this is a bit of a jaw-dropper.  I do not know how long the Muslims polled by the PRRI had been in America.  Were many of them new immigrants, fresh off the immigrational boat from Sudan and Libya?  Or had they been in America for a long time, or perhaps even been born in America?  I suspect the latter.  But it seems clear that the longer one is exposed the proclamations of the North American media and the more one drinks from the deep wells of its popular culture through books, radio interviews, songs, magazine articles, movies, news programmes, and interactions at the school, workplace and on social media, the more one’s views will conform to these new modern norms. If even our Muslim neighbours end up jumping on the popular LGBT bandwagon, we can clearly see the power of our popular culture.  As far as traditional Christianity is concerned, that cultural well has been poisoned.  In our long trek to Kingdom through the desert that is this age, we have come to the waters of Marah.

You remember the waters of Marah.  Israel had been liberated from Egypt and was trekking through the deserts of Sinai on their way the Promised Land.  They were tired and thirsty, and after three days in the wilderness they came to a place they later called Marah, “and when they came to Marah, they could not drink the waters of Marah, for they were bitter; therefore it was named ‘Marah’” (Exodus 15:22f).  In Hebrew “marah” means “bitter.  And by “bitter” the text did not simply mean the water tasted sour or unpleasant, but rather that it was poisonous, undrinkable, and would make you sick if you drank it.  (This is apparent by the later reference to “diseases” in v. 26.)  It was a terrible and terrifying moment in their journey, for they soon faced certain death if drinkable water could not be found.

God provided the answer.  “The Lord showed Moses a tree and he threw it into the waters and the waters became sweet”—i.e. drinkable.  The tree changed the well from being a font of poison to being a font of life, and they could find life-giving water even in the desert.  Christians meditating on the miracle have always been struck by the instrument which produced that life—a tree.  It irresistibly reminded them of the tree of the Cross, and how the Cross could turn doom into deliverance, and transform death into life. That is why the story of the waters of Marah is read in church at the service of Great Vespers on the Feast of the Elevation of the Cross. Through the Cross we can journey through the world and not be poisoned by it.

We need to remember this as we journey through the desert that is the 21st century West.  No one can live without culture, and after a short time we too grow thirsty.  When then we open the pages of a magazine or turn on the daily news or settle in to watch a movie or read a book or otherwise interact with popular culture, we must remember that the well has been poisoned.  That does not mean that there are not also good things in the cultural well.  There was water in the well of Marah, after all.  But there were also things in the good water that were not good, and it was these things which made it poisonous.

The answer, then as now, is the Cross.  As Paul said, through the Cross of the Lord Jesus Christ the world had been crucified to him and he to the world (Galatians 6:14).  Through the Cross we count ourselves dead to the world and to its poisonous values.  We do not belong to the world, but to God, and we refuse to make all the values of our secular culture our own.  Our values come from the Church’s Holy Tradition, and whether or not these values coincide or overlap with the values of the world is a matter of ultimate indifference to us. In baptism the Church casts the tree of the Cross into the waters of the world and transforms them.  Through the Cross we can drink in the world and not die; we can pass through our secular culture and not be poisoned by it.  But everything depends upon discernment.  If we would pass safely through the desert, we must know when we come to the waters of Marah.