There is a catastrophic shortage of 30 major cancer drugs in Russia. What will save the lives of patients?

Charity foundations announced a shortage of cancer drugs in Russia and sent an open letter to Mikhail Mishustin, the Prime Minister of the Russian Federation, as well as to the heads of the FAS and the Ministry of Health. At the end of October, foundations and patient organizations already sent a letter to Vladimir Putin, Russian President, in which they reported the problem, after which the authorities promised to take measures to provide cancer patients with necessary medications.

Representatives of the non-profit organization that signed the letter told Pravmir why it was necessary to contact the government again and whether something has changed in provision of cancer patients with cancer drugs in the month since the first appeal.

“Drug manufacturers are leaving the market” 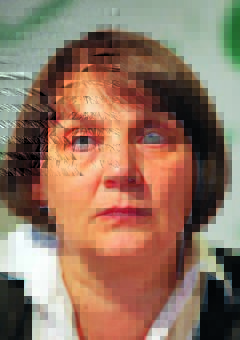 — The second open letter is a reaction to the official response of the Ministry of Health to the first appeal and to several decisions of the FAS regarding drugs, the absence of which we discussed in detail in the first letter. Unfortunately, we see both in the response of the Ministry of Health and in the decisions of the FAS that the problems are much deeper than we imagined.

It turned out that no one knows how many medications are necessary at all, that is why they cannot plan the supply volumes accordingly. All the figures provided by the Ministry of Health and the FAS are taken from the volume of medications that entered the market (this is called “civil circulation”), that is, if there is a shortage, it will only accumulate every year since the calculations for each next year are based on previous ones, and the figures for what is needed and what is available differ more over time.

We also saw that even if the Ministry of Health assumes that the shortage is due to a price that is unprofitable for the manufacturer (prices have not changed for some drugs since 2010), the FAS may disagree with it. An example is vincristine and etoposide that are in short supply, and manufacturers have been complaining for years that the purchase prices for these drugs are inadequate.

Understanding that the deficit is critical, the Ministry of Health suggested a new price calculation, but the FAS did not support this idea saying that it does see any evidence of the deficit. Since the FAS decision cannot be appealed, almost all manufacturers simply leave the market.

The bottom line is the following:

1) The data, on which the decisions are based, is poorly collected, processed, and it is unreliable.

3) The economic block turns out to be the main factor in solving the issue of the drug supply when the Ministry of Health should be the main one instead.

4) Nothing will change until basic legal acts of registration of medications and their public procurement change.

Drug shortage persists and some drugs, such as etoposide, are still missing almost everywhere, according to the Gift of Life foundation which has reached out to aid organizations across the country.

This concerns all Russian citizens in one way or another. Everyone has already experienced what happens when there are no medications in pharmacies or hospitals. The current system of the drug market management does not work, and no one is in a hurry to change something for the better.

There have never been similar situations with a drug shortage in the volumes that it is happening now in Russia. This is the first time when there is no money and drugs disappear in dozens.

I would like to emphasize that the “Development of the pharmaceutical and medical industry” state program for 2013-2020 has set import substitution to 96% by 2018. In the year of the program completion, we see not an overwhelmed market but a desert where the wind blows. At the same time, there is still some success in the Russian pharmaceutical industry and some companies have even learned to produce competitive medications, but this is an exception rather than a rule.

No independence from import has occurred, and imports have already been kicked out from the market. And no one is responsible for this.

“The treatment of hundreds of thousands of people is under threat”

Evgeniya Goloyadova, the president of the Save Life foundation: 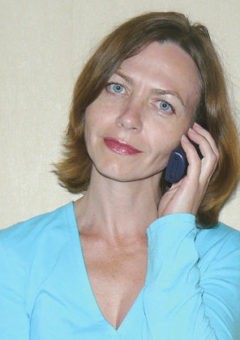 — The situation with the cancer drug shortage arose a long time ago. This has been repeatedly discussed by children oncologists and pharmaceutical manufacturers. The Ministry of Health now says that the deficit is related to the pandemic, but this is not true. It all started much earlier. All the measures that were taken should have led to exactly what we have now come to.

Charity foundations wrote a letter to the government a month ago about the situation. This was followed by a reaction that gave us hope. There was talk about abolishing the “third wheel” rule, increasing the purchase price, and carrying out public procurement differently.

However, no moves to avoid immediately filling the shortage of cancer drugs but only to prevent it were made.

The last straw was the letter and decree by the FAS that stated that they will not increase the minimum purchase prices. This means that not only Teva, which produces vincristine, will leave the market, but other manufacturers will follow it. This will concern not only cancer drugs.

The FAS refused to raise the price and decided to freeze it for at least another six months. But the thing is that the purchase price is lower than the production price since it was fixed back in 2010 and has not been revised since then. No one will manufacture medications at a price below the prime cost, this is basically impossible.

The analysis of public procurement, production, and import of key drugs over several years has shown that cancer drugs have been washed out of the market for at least the last five years. In other words, the purchase volume of import drugs is decreasing, and the production of Russian medications is practically not increasing while the number of cancer patients is not decreasing but increasing with each year.

The current situation with the shortage of a number of medications affects the majority of cancer patients, because it involves inexpensive drugs that is almost in every treatment protocol. This concerns hundreds of thousands of people: both adults and children.

The situation is catastrophic. For there are several drugs that cannot be replaced. The shortage of drugs is massive.

“There are almost 30 drugs in short supply”

Ekaterina Shergova, the manager of the Gift of Life foundation: 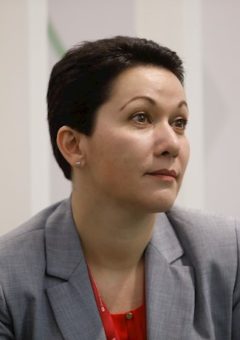 — About 30 drugs, without which the treatment of cancer patients is impossible, are on the list of deficit medications.

If we talk about vincristine, we have drawn the government’s attention to the fact that the key problem is the drug shortage related to very low marginal purchase prices. They have not changed since 2010, and they are often lower than the prime cost for some drugs. Accordingly, it is not profitable for manufacturers to produce long-known inexpensive medications, and they stop selling them.

They did not just ignore this problem, but simply answered that our point of view was wrong. The FAS stated in mid-November that it did not see any point in raising purchase prices for drugs, including vincristine. Therefore, it became necessary to write a second letter. This is an attempt to explain our point of view.

I believe that a dialogue is possible, and we expect that the FAS will reconsider its decision. The fact that foundations sent such a letter to the government indicates that the situation is becoming critical.

Alyona Meshkova, the manager of the Konstantin Khabenskiy’s Charity Foundation: 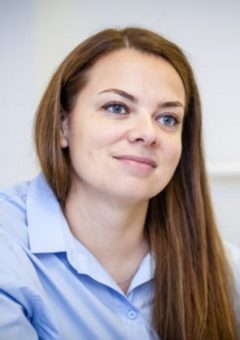 — The problem is that the Ministry of Health cannot make decisions on its own. It works in conjunction with the FAS and the Ministry of Industry and Trade, and the rules that exist in these agencies may work in other areas, but they cause a shortage in the case of drug provision for cancer patients.

Now we have managed to partially secure supplies for some drugs, but this measure will fill the deficit for a couple of months. If the approach to providing these basic medications does not change globally, the situation will constantly repeat itself. If the existing rules do not change, we will face a drug shortage in a few months again and we will have to eliminate it again manually: we will need to create special committees, purchase these drugs separately, and distribute them over regions.

However, this is not a way out of the situation, this is not a comprehensive solution. The situation has existed for at least a year, during which pharmaceutical companies started withdrawing necessary drugs from the market, because they are not satisfied with the minimum purchase price, and Russian companies cannot always cope with necessary volumes. As a result, there is a huge shortage of essential medications.