“Those who Initiated Autocephaly Do Not Want Peace in our Land” 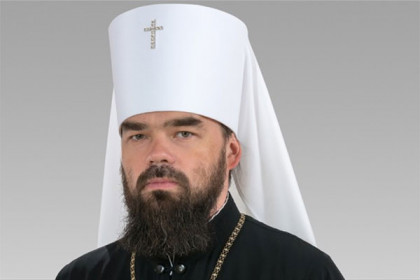 Metropolitan Mitrophan of Gorlovka and Slavyansk
—The Patriarchate of Constantinople “canonically restored” the head of the unrecognized “Kiev patriarchate” Philaret (Mikhail) Denisenko, the head of the schismatic Ukrainian Autocephalous Orthodox Church (UAOC) Makary Maletich, as well as the clergy and parishioners of both structures. How should we react to this news?

—Someone looking at recent events in Church life from the sidelines would get the impression that two jurisdictions are trying to figure out which of them is more important, and are fighting over territory. This is not the case, in fact. The question of granting autocephaly to Ukraine is absolutely not an ecclesiastical question.

Politicians have very blatantly interfered in Church life. In this case, the Patriarchate of Constantinople is a tool in a great political game the goal of which is to prevent peace in Ukraine. The people discussing the tomos and autocephaly and calling themselves experts are people who don’t know how one opens the door to a church. In this situation, we have the misfortune of being hostages who can only observe the process. The only way for us to influence the situation is our attitude toward it and the personal choice each of us will have to make under the circumstances.

The coexistence of several jurisdictions on one territory is only possible if the state does not interfere in the life of the Church. We understand, however, what the idea of the authorities is, because President Poroshenko articulates it openly: a definitive break of our spiritual ties with the Russian Orthodox Church. So we don’t have any hope that the government will not interfere in the lives of church communities.

Philaret was excommunicated, he is currently in schism, and all the Local Orthodox Churches recognize this. In light of the decision of the Synod in Istanbul about his “canonical restoration,” the question that arises is not who Philaret is to us now. The question is who Constantinople is.

The Patriarch of Constantinople has accorded himself the right to make such decisions unilaterally about any territory, in any jurisdiction—in spite of the conciliar nature of our Church. This is a serious problem not only for the Orthodox Christians of Ukraine, but for Orthodoxy around the world. There are schisms everywhere, this is not a uniquely Ukrainian problem, but there have always been rules that have guided us in this matter. Today they were broken. If other Local Churches tacitly support the actions of Constantinople, the same situation could arise for each of them.

Now we must wait for the decision of the Synod of our Church and the other Local Churches’ reactions to what has taken place in order to understand what to do next.