Three Athonite Elders Officially Included in the Calendar of the Church 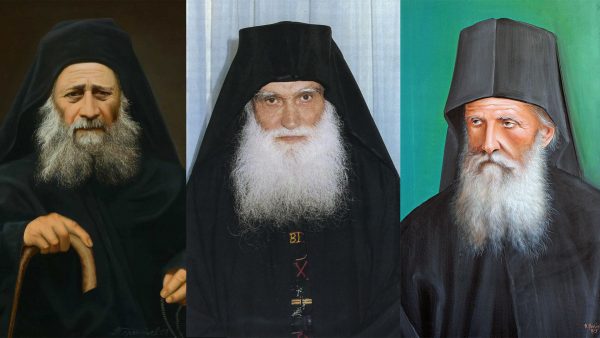 The great 20th-century Athonite spiritual fathers Elder Joseph the Hesychast and Elders Daniel and Ephraim of Katounakia were officially added to the calendar of saints of the Orthodox Church by the Holy Synod of the Patriarchate of Constantinople yesterday, March 9, reports the Vatopedi-run website the Ascetic Experience.

St. Joseph the Hesychast reposed on the day of the Dormition of the Most Holy Theotokos and will be commemorated each year the day after, on August 16/29.

St. Ephraim of Katounakia reposed on the Saturday of the Ascetic Saints, the last Saturday before Great Lent), “so it is very likely that he will be celebrated with Saint Ephraim the Syrian,” according to the Ascetic Experience.

St. Daniel of Katounakia reposed on the feast of the Nativity of the Most Holy Theotokos, and his brotherhood asked for him to be celebrated on the Holy Mountain the day before, September 7/20.