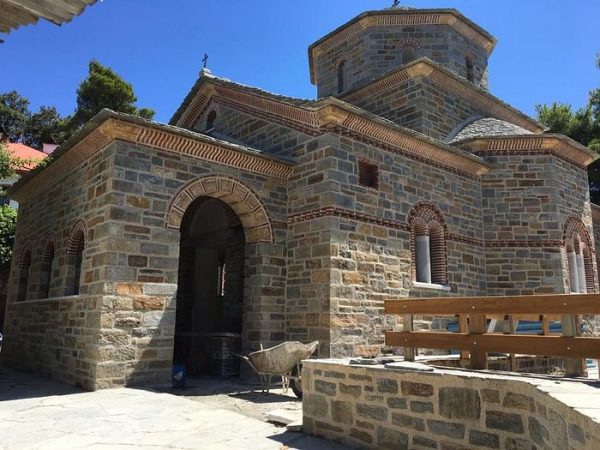 While there are already churches dedicated to the great 20th-century ascetic St. Paisios the Athonite, the Holy Mountain itself now has its first consecrated church built in his honor.

The church was consecrated by His Eminence Metropolitan Panteleimon of Xanthi on Sunday morning, reports vimaorthodoxias.gr.

The church is located in Kapsala, in the area between Karyes and the monasteries of Pantocrator and Stavronikita, where there used to be a skete. Construction began in July 2016 and was completed a few months ago. It was built by the community of Hieromonk Evthymios, who was the spiritual child of Elder Isaac, a Lebanese monk who reposed in 1998 and who was himself a spiritual child of St. Paisios. Together they wrote the Elder’s biography, Saint Paisios of Mount Athos.