Source: Pravmir (Russian)
Where did the panic in parents chat rooms come from?
Veronika Slovokhotova | 03 March 2021

On March 2, the Moscow Department of Education called on schools to inform parents that TikTok encourages children and teenagers to commit mass suicide on March 3. Alexandra Arkhipova, a social anthropologist, a senior researcher at the School of Advanced Studies in the Humanities of the Russian Presidential Academy of National Economy and Public Administration, told Pravmir.ru what started the panic in parents chat rooms.

“In the wake of rumors that on March 3 people on TikTok encourage children to commit mass suicide, homeroom teachers sent messages to parents: in some of them, they just asked parents to watch their children more carefully [on this day], in others they asked parents to talk to children directly about this topic and urged them not to let social networks manipulate children. How useful is it to warn parents about such fake things?” 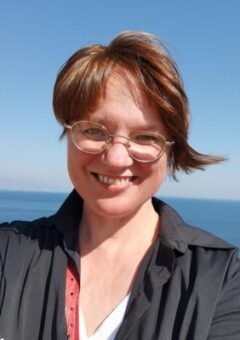 “There are indeed neutral warnings, but there are absolutely “excellent” ones about “destructive organizations that have become active on TikTok and that are trying to kill your children”. It seems to me that it makes no sense to end with only mailings. They either frighten parents or force them to urgently increase control. This only worsens their relationship with children. If children add a “suicide” hashtag, this needs to be dealt with more than once a year on an imaginary holiday on March 3. Many warnings included the phrase: “On this day, talk to your child, talk to them about school, tell them that you love them”. Are parents not supposed to do this on other days?

Therefore, it is necessary that qualified psychologists deal with these things, such work should be done on permanent basis.

In 1999, a tragedy happened at the Columbine High School in America: two young men shot their classmates. After that, teachers were retrained, sent for special training for recognizing signs of violence in a teenager: whether they are beaten at home or are capable of violence themselves. In addition, the number of psychologists at schools increased. As a result, the number of teenage suicides and acts of violence at schools has sharply decreased.”

“In your research on Yandex.Q Fakepedia, you call the discussion around TikTok a moral panic. What is it and why did it happen?”

“Moral panic is the state of society when people see a threat coming from a real or imaginary social group and believe that these representatives need to be pressed out or banned in order to restore moral order. And now people perceive TikTok as an evil force that seeks to kill our children, and people believe that they need to unite to fight against it.

Here is something interesting. I did a research on hashtags related to suicide used in the past three months on TikTok: “depression”, “suicide”, “suicidal”, and other derivatives of these words, as well as the hashtag for March 3. So, the “depression” hashtag brought more than 50 thousand results, it is the most popular one, and the “suicide” hashtag has only 4-5 thousand results. People on TikTok add these hashtags all the time, and no one really pays attention to it. In this context, there has been a small spike in usage of the hashtag for March 3 over the past three days, the number of TikToks does not reach a thousand results and it is completely invisible in contrast to hashtags mentioned above (we understand that TikTok cleans the content, but we need to pay attention not to the absolute numbers here, but to the ratio of trends).”

“Then why did schools get worried about March 3?”

“I suspect there has been some confusion here. Let’s untwist the story. On February 16, a tragedy happened in the city of Boyarka, Kiev region: two girls tried to commit suicide. One of them died, the other was saved: according to the police, she said that she did this because of the “do it and see what happens” flash mob on TikTok. The next day, the same story happened in Uman. After that, a panic directed against the deadly flash mob started in the Ukrainian segment of social networks.

However, we need to understand that, first, we do not know exactly why they committed suicide: the words of one girl told by the police officer are clearly not enough. Second, such unpleasant teasing games have always existed and will continue to exist (who was not urged to do such nonsense in childhood?!). TikTok is not inventing something new or scary, it is just a reflection of our practices and habits. All these things simply become more visible: we have not seen what happens in multiple places at the same time before.

Then the panic spread to Russia. In late February, discussions of the flash mob swept through parents chat rooms, this hashtag appeared on the Russian TikTok, and after that the hashtag for March 3 appeared.”

“How are they connected?”

“It is not very clear why this happened. Some people, who put it for their content, explain that March 3 is the World Suicide Prevention Day: this is not true. The World Health Organization set this day to September 10. Others write that the “Skopinsky maniac”, who served 17 years for serial rape and abduction of two girls, would be released on March 3. The media actually wrote about this on February 25, and people started using the hashtag more from that moment.

For some people, this is the means to talk about suicide, for others, this is a way to remind people that the criminal was getting released, but many took it as a cue to do something to themselves. Many users put the “for you page” hashtag, that is, they want their content to get in the top. All this together can be perceived as follows: “I am a suicidal child. I want everyone to know about it”. This is a desire to be noticed or to become a celebrity.”

“Why is it a bad idea to appeal for blockage of a social network for the sake of children?”

“Because, for example, a special law was passed in the United States in the early 2000s after a big hype that pedophiles were luring children through the Internet, and then seducing and killing them. After a detailed investigation, it turned out that there are indeed pedophiles, but as a rule, they are not on virtual spaces and do not bait their victims by correspondence, they are family acquaintances or relatives. But then they decided to ban access to the Internet at schools. So what? The students have perfectly learned how to bypass it.

Trying to block something is a pointless idea from the point of view of evolution. You can technically block TikTok, but we all remember how they were trying to block Telegram.

The most important thing is that TikTok is not the problem. Various idiotic appeals and games on a dare have always existed outside of social networks. What is the guarantee that children would go outside without someone telling them the same thing?

The number of suicide cases increases not because some bad person has said something on the Internet. This can only be a trigger. Suicide happens because a person has been planning to give up their life for a long time. And this is usually encouraged by some difficult long-term situation in the family or at school.”

This mechanism will help the economy, but not medicine

“Many families do not have a computer”. Rural teachers speak anonymously and honestly about their work

Teachers are respected in some villages and considered slackers in others