Today is the 11th Anniversary of Patriarch Kirill’s Enthronement 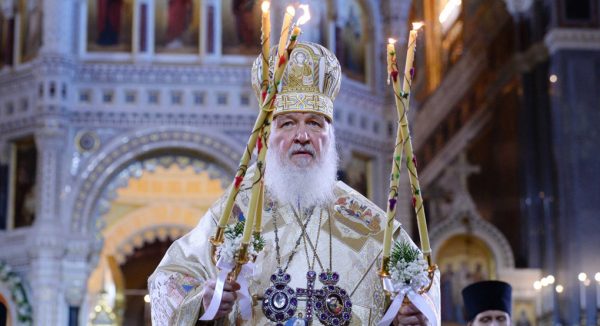 On Saturday, February 1, 2020, the Russian Orthodox Church celebrates the 11th anniversary of the enthronement of His Holiness Patriarch Kirill.

On February 1, 2009, in the Cathedral Church of Christ the Savior, the enthronement of His Holiness Patriarch Kirill of Moscow and All Russia was performed. He was elected to the Moscow Patriarchal Throne by the Local Council of the Russian Orthodox Church on January 27 of the same year.

“The Patriarchal Cross is difficult, and the symbol of this work is the great Patriarchal Paraman. But at the same time the Lord sends great joys during this ministry. And the main joy for me is the opportunity to perform a Divine service at any church of the Russian Orthodox Church, at any monastery, near the great shrines, to visit the wonderful holy places of our Church, getting in contact with the Divine grace flowing from those shrines, and to fill my mind and my soul with everything that comes from real church life, to absorb these signals that are very important for the Patriarch, which come from the people, from the flock, from archpastors, and from monastics. It is this spiritual flow that is the most important influence that is exerted on the Patriarch,” His Holiness Patriarch Kirill said earlier.

Enthronement is a ceremonial order, during which the newly chosen bishop is elected to his cathedra.

The enthronement takes place during the Divine Liturgy with dressing the newly elected hierarch in liturgical vestments corresponding to the rank.

In the modern Orthodox Church, enthronement takes place in relation to both patriarchs and primates of the Local or Autonomous Churches, with the rank of metropolitan or archbishop.

By tradition, the enthronement of His Holiness Patriarch Kirill is celebrated as a church holiday.