Russian President Congratulates Patriarch Kirill on The Anniversary of His Enthronement

Natalya Mihailova | 02 February 2018
Russian President Vladimir Putin has congratulated His Holiness, Patriarch Kirill of Moscow and All Russia, on the ninth anniversary of his enthronement. 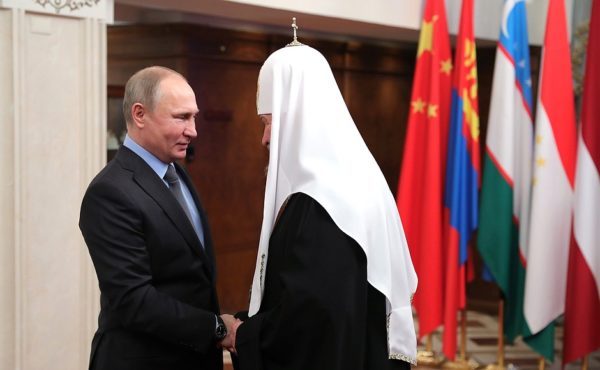 Kremlin.ru has reported that the meeting took place at Christ the Savior Cathedral.

“I congratulate you on this and thank you for this event, which is crucially important for the country’s social life and which took place on such level and with such results. Thank you very much for this,” Vladimir Putin mentioned. 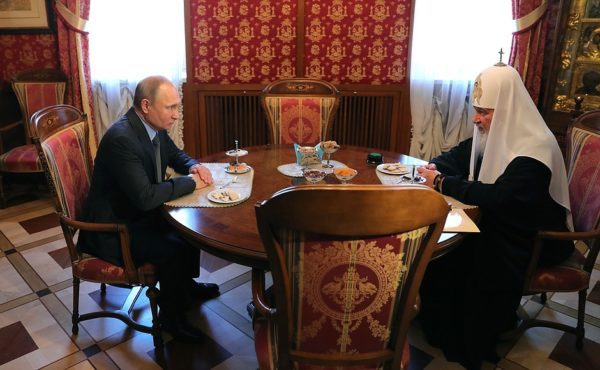 Over 200 bishops gathered at Christ the Savior Cathedral in order to congratulate His Holiness, Patriarch Kirill.

Traditionally, the Primate of the Russian Orthodox Church encouraged those present to make a charitable contribution instead of giving presents in celebration of the anniversary of his enthronement. The received donations will be spent on purchasing an ambulance for the Central Clinical Hospital in honor of St. Alexis.