The Tragedy of the Archbishop of Canterbury

Source: Orthodox England events' blog
The soul of one who has fallen away from God is not in contact with the miracles of grace, but is subject to the invasion of false and demonic signs.
Archpriest Andrew Phillips | 10 October 2014 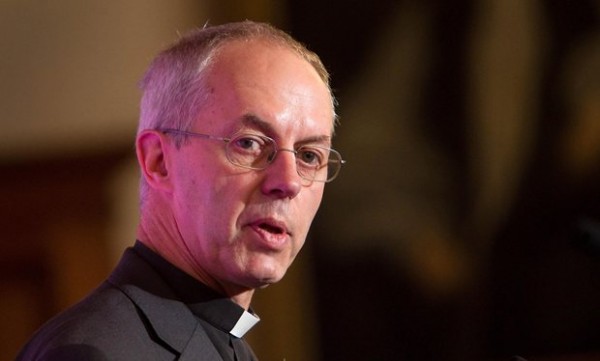 The Archbishop of Canterbury, Justin Welby, has stated in an interview with The Independent newspaper, well-known for its agnostic liberal-democrat stance, that he sometimes doubts in the existence of God because of the injustices in the world. ‘The other day I was praying over something as I was running and I ended up saying to God, Look this is all very well but isn’t it about time you did something – if you’re there’. Earlier in the interview, when asked if he had moments of doubt, Archbishop Welby replied: Yes. I do, in lots of different ways’. ‘There are moments, sure, when you think is there a God, where is God?’ 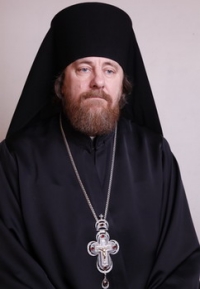 The scandalizing interview has today met with the characteristically Orthodox comments of a well-known St Petersburg priest, Archimandrite Nectarius (Golovkin). He has said:

‘Western Catholicism gave birth to Protestantism, which entailed rationalism and atheism. Here is the spiritual chain of Catholicism. The grace of God leaves those who fall away from the living and rooted system of Orthodoxy. The soul of one who has fallen away from God is not in contact with the miracles of grace, but is subject to the invasion of false and demonic signs. This unfortunate man, the head of the church of England, has not been found worthy to witness a single miracle in his life. In the Orthodox Church every priest is repeatedly in contact with Divine miracles in his ministry. I can enumerate an incalculable number of miracles in my thirty years of pastoral ministry. There have been miracles ranging from the sending of rain through the prayers of Orthodox Christians to amazing and incomprehensible signs from God. I can only feel sorry for this Anglican because he belongs to a so-called church which is sterile. There is no grace in it, no sense of standing before God’.

‘The head of the church of England belongs to a withered branch that has fallen away. Anglicanism has abandoned the living power of Orthodoxy, the rooted system fed by the grace of the Holy Spirit. We have not spilled and squandered apostolic teaching, we have kept it with great care, we have cared for the chalice of the grace of God in the bosom of the Orthodox Church’.

‘The statement by this Anglican is indicative of the state of a soul which is outside the grace of the Orthodox Church….It is not by chance that it is said: ‘God resists the proud, but gives grace to the humble’. The pride which engendered the fall from Orthodoxy has produced Divine resistance. All sects and heresies arose from pride. When some reformer or other states his teaching, he opposes himself to the Church, to the Universal Councils. When someone leaves the Church, it is a sign of pride, which allies him with the devil’.

For our part, we wonder why the former oil executive, Justin Welby, has not the honesty to give up his large salary and prestigious home and hand over his office to someone who actually believes in and knows Jesus Christ, the Son of God.