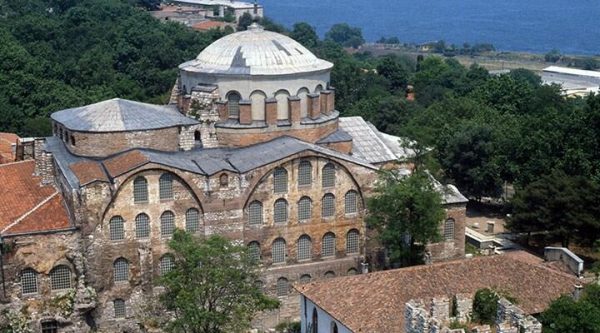 On August 21, Turkish President Recep Tayyip Erdoğan ordered the conversion of an iconic Orthodox Church in Istanbul into a mosque upon a court order, reports Hurriyet Daily News.

The Chora Church (“Church of the Holy Savior in Chora”) was made a museum in 1958, but last year the Turkish Supreme Court ruled that it should be converted into a mosque again, which had not been implemented yet. The decision to transform the Chora Church into a mosque came just a month after a similar conversion of the UNESCO World Heritage-recognized Hagia Sophia.

The 1,000-year-old building’s history closely mirrors that of the Hagia Sophia, its bigger neighbor on the historic western bank of the Golden Horn on the European side of Istanbul.

Originally built in the 4th century, The Holy Saviour in Chora was comprehensively rebuilt around 1077-81 and again after a partial collapse following an earthquake early in the 12th century.

The iconic site was a medieval Byzantine church decorated with 14th-century frescoes of the Last Judgement that remain treasured in the Christian world.

It was originally converted into the Kariye Mosque half a century after the 1453 conquest of Istanbul by the Ottoman Empire.

It became the Kariye Museum after World War II, and a group of American art historians then helped restore the original church’s mosaics and opened them up for public display in 1958.

Since it is no longer a museum, it is not yet clear how touristic visits to the structure, which is expected to be free of charge, will take place.

But it is expected that mosaics depicting Christian figures in the site will be covered with curtains during Muslim prayers, just like how it’s done at the Hagia Sophia.