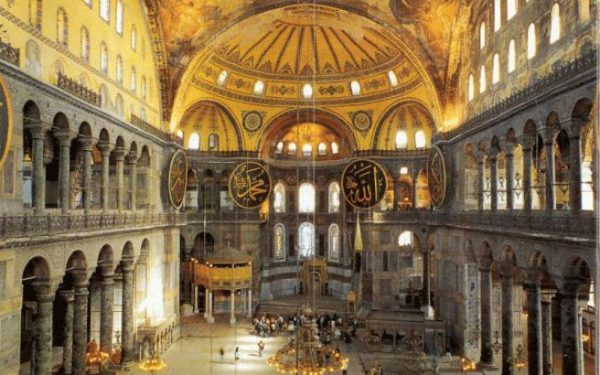 Turkey’s President Recep Erdogan has announced his intention to pray at the Hagia Sophia on April 14, delighting Muslim activists who argue that the building remains a mosque.

In 1934, Turkish leader Kemal Ataturk decreed that the Hagia Sophia should be a museum, as part of his drive for secularization. But some Turkish Muslims question the validity of that decree.

Erdogan, who has favored Islamic claims in Turkey, will visit the Hagia Sophia—a building that was originally a Christian church—on the day when the Christian world observes Good Friday.