Turkish President Warns of War Between Islam and Christianity 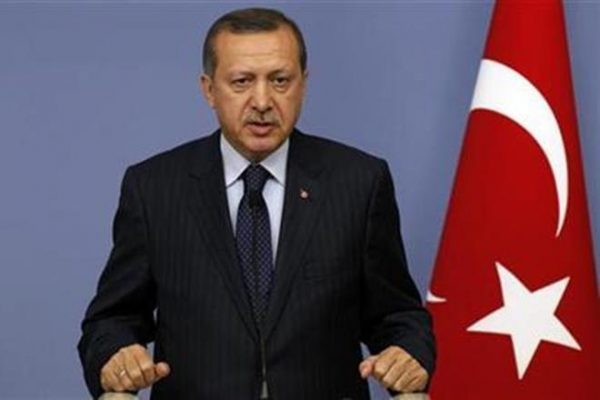 “These measures taken by the Austrian prime minister are, I fear, leading the world towards a war between the cross and the crescent,” Erdogan said in a speech in Istanbul.

The crescent is a symbol associated with Islam.

His comments came the day after the Austrian government announced it could expel up to 60 Turkish-funded imams and their families and would shut down seven mosques as part of a crackdown on “political Islam”, triggering fury in Ankara.

Kickl added the government suspects them of contravening a ban on foreign funding of religious office holders.

A Turkish presidential spokesman had on Friday described the Austrian move as “a reflection of the anti-Islam, racist and discriminatory populist wave in this country”.

However, other European far-right leaders welcomed the announcement.

Even Austria’s opposition parties were broadly supportive of Friday’s announcement, with the centre-left Social Democrats calling it “the first sensible thing this government’s done”.

But the Green Party pointed out it could serve as a propaganda victory for the Turkish government.

Erdogan, speaking Saturday, said: “They say they’re going to kick our religious men out of Austria. Do you think we will not react if you do such a thing?”

“That means we’re going to have to do something,” he added without elaborating.

Relations between Ankara and Vienna have been strained since a failed coup against Erdogan in 2016 which was followed by a wave of arrests.

Erdogan’s speech comes in the run-up to presidential and legislative elections on June 24 in which he faces stiff opposition.

The Austrian government has banned Turkish officials from holding meetings in the country ahead of the polls.

Pascha Celebrated at the Dormition Church in Beijing

On Pascha night, a festive divine service was held at the Church of the Dormition of the Most…

Serbians in Kosovo Are Prevented from Celebrating Orthodox Feasts

The "people's kitchen" of the Serbian Orthodox Church fed hundreds of people on Pascha.

Most viewed articles
Serbians in Kosovo Are Prevented from Celebrating Orthodox Feasts114
How to Preserve the Fruits of Fasting after Pascha?99
National Cathedral Architect Details Construction Concept for “Church of Churches in Romania”86
How Does God Guide the Church?64
What Is Paschal Joy?49
Pascha Celebrated at the Dormition Church in Beijing46
Most popular authors
Pravmir.com team160
Fr. Andrei Gavrilenko99
Aurelian Iftimiu86
Archpriest Lawrence Farley64
Priest Andrei Chizhenko49