Source: The Gospel Herald
Leah Marieann Klett | 28 August 2017
A Christian woman in Central Asia has shared how she refused to deny Jesus Christ even after her Muslim husband threatened to take away her child unless she converted to Islam. 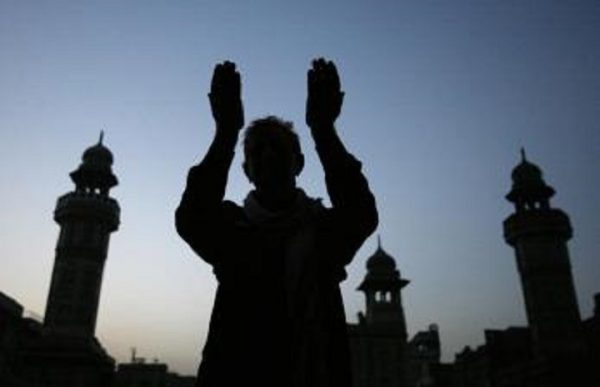 Sameda, 23, recently shared her story with persecution watchdog Open Doors, revealing that she married Rashid “because he seemed to me a good man.”

“Initially we were very happy until he became more interested about my faith,” she said. “I did not hide the fact that I am a Christian and told him that God touched my life one day.”

After she opened up about her faith, however, things drastically changed. The couple moved closer to Rashid’s parents, who began to pressure Sameda to return to Islam. Soon, Rashid himself started pressuring his wife to reject her faith, even beating her several times while she was five months pregnant.

Nevertheless, Sameda remained strong in her decision to follow Christ. “I told him I would remain faithful to Christ,” Sameda recounts, “I can’t imagine my life without Jesus any more.”

After she gave birth to their daughter, the pressure only got worse. One day, Rashid delivered an ultimatum: reject Christ or face divorce and lose your child. Still, Sameda refused to deny Jesus.

Rashid kicked his wife out of the house, forcing Sameda and her young daughter to flee to her mother’s home in the city.

“It was so hugely stressful and such a tragedy for me,” Sameda said, “My beloved husband, who always seemed so kind and caring; he kicked me out of his house with a month-old baby without any means of subsistence! I hardly could reach my mother’s home.”

Today, Sameda and her baby live in a small room in her mother’s house, where she still faces pressure from the local community to return to Islam.

“People say that I am Asian born as a Muslim, and should be this all my life,” she said. “They call me a betrayer of the ‘pure religion and true prophet Muhammed,’ but how can I betray something or somebody I never knew and understood? Yes, I am a Christian, but also still an Asian woman.”

In the next couple of months, Sameda’s ex-husband will attempt to take her baby, reports Open Doors, as men are usually given custody after a divorce. With no money to pay for legal defense, Sameda is relying solely on God to defend her.

“Most of all I need to be strong in my faith, I don’t want to lose it, to lose the relationship with Christ, but sometimes it is too hard,” she told the outlet. “I need to have contact with other believers.”

In addition to providing Sameda with prayer and encouragement, Open Doors has secretly given her necessities like a baby stroller and groceries.

“Thank God for you, for your help at the right time!” she told the outlet. “You brought the baby carriage which I never even dreamed of, because I had not enough money even for food. I saw once again that God is alive and he cares about His children.”

The persecution of Christians runs rampant in some former Soviet states; in fact, Open Doors International listed Uzbekistan, Turkmenistan, Tajikistan, and Kazakhstan on its 2016 World Watch Listof the 50 places where it is most dangerous to be a Christian.

Ranked 15th on the list, Uzbekistan is the most persecuting country in Central Asia, and in the Republic of Azerbaijan, (34th on the list) Protestants are considered “extremists.” The country also has many “prisoners of conscience” who are Christian, Muslim, or other religions.

Wade Kusack, director for the religious freedom department of Mission Eurasia, told World Magazine that “Islamic intolerance of Christianity and the way many people in these countries view being Muslim as part of their cultural and ethnic identities also contribute to the persecution of Christians in Central Asia.”

Kusack said the people often view Muslim converts to Christianity as traitors and perceive missionaries as a “threat to the national identity.”