Source: Interfax-religion
Natalya Mihailova | 15 May 2014
Kiev, May 14, Interfax - The Ukrainian Foreign Ministry has denied being involved in banning entry to Ukraine to Metropolitan Hilarion of Volokolamsk who chairs the Moscow Patriarchate Department for External Church Relations. 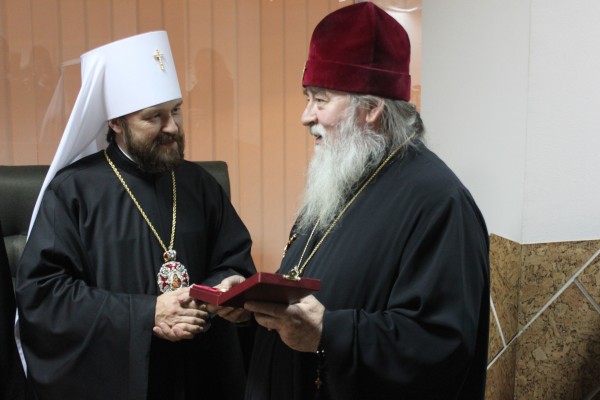 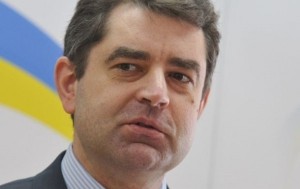 He declined to comment on this decision, saying these issues were outside the ministry’s remit. “The right to let someone in or not belongs to the border service which operates on the basis of relevant requests, if any, from the Ukrainian law enforcement authorities,” Perebyinis said.

On May 9, while passing border control in Dniepropetrovsk the Metropolitan Hilarion was denied entry to Ukraine without any explanation. The Russian Foreign Ministry called such a decision of the Ukrainian authorities “an unprecedented provocative case” and demanded “exhaustive explanations of such a disrespectful treatment of the high-ranking clergyman, and relevant apologies.”

Most viewed articles
What Is Rejected Becomes the Cornerstone118
Hierarch of the Jerusalem Patriarchate Speaks in Support of His Holiness Patriarch Kirill86
His Beatitude Patriarch Theophilos III and bishops of the Russian Church Abroad attend a concert marking the 150th anniversary of the birth of Sergei Rachmaninoff in Jerusalem85
Utah Church Prepares, Welcomes All for Consecration83
The Savior of the Hopeless, or Is It Possible to Be a Good Person and Not Be Saved?69
The Forgotten Virtue of Stability59
Supreme Court Overturns Roe v. Wade in Mississippi Abortion Ruling59
‘The post-Roe generation’: Pro-lifers set their eyes on heartbeat bills, chemical abortion bans47
Most popular authors
Pravmir.com team254
Archpriest John Moses (+2019)118
Alexander Tkachenko69
CBN News59
Hieromonk Gabriel59
Ryan Foley47