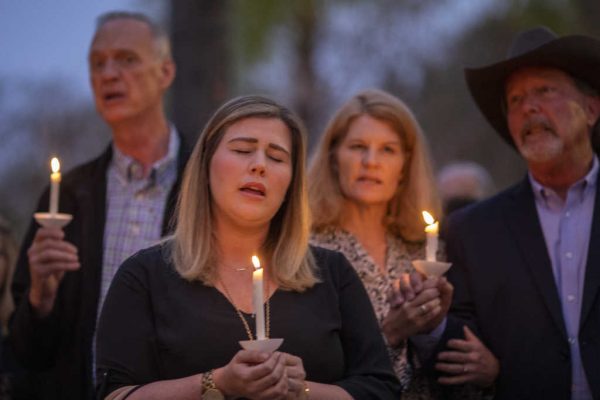 Dramatic stories of heroism and the hand of God are emerging after a vicious attack on a California synagogue. One woman died and two other people were injured when a 19-year-old male burst into the Chabad of Poway synagogue near San Diego and opened fire.

Rabbi Yisroel Goldstein was inside the building when he heard a commotion. Suddenly, he was face-to-face with the gunman.

“As soon as he saw me, he started to shoot toward me and that is when I put my hands up,” Rabbi Goldstein told NBC. “I cannot erase that face from my mind.”

As the murderous attacker continued to fire, however, the Rabbi said that his weapon suddenly stopped working. “Miraculously, the gun jammed,” he said.

Immediately, Goldstein got up and sprinted into the next room, where a group of children was gathered. “I just ran, not even knowing that my fingers were blown off and curled all the kids together and got them outside,” he explained.

In a tweet Monday, President Trump praised the Rabbi for helping others during those dramatic and terrifying moments.

“What a great guy. He had a least one finger blown off, and all he wanted to do is help others. Very special!” Trump wrote.

An Iraq war veteran caused the gunman to freeze, drop his gun and run away when he came storming over screaming “Get down! I’m going to kill you!”

According to the Daily Caller, military man Andrew Stewart yelled so loudly that a “priest at the neighboring church could hear” him. Other witnesses could not believe that the shout came from just one man, with some suggesting that he was supported by angelic beings.

Stewart told the outlet that his army training kicked in when he spotted the gunman, and he made an immediate effort to tackle him to the ground.
“I knew I had to be within five feet of this guy so his rifle couldn’t get to me,” Stewart said. “So I ran immediately toward him, and I yelled as loud as I could. And he was scared. I scared the hell out of him.”

He added: “Looking back, it was kind of a crazy idea to do, but I did it.”

Stewart recalled the moments he heard the shots ring out, noting that he came round to the lobby area and “saw the individual with a gun, and he fired two rounds.”

“And I yelled at him and I must have yelled very loud, and he looked at me, and I must have had a really mean look on my face or something, because he immediately dropped his weapon and turned and ran. And then I gave chase.”

After a chase on foot, the gunman narrowly managed to escape Stewart’s clutches by locking himself in his car and speeding off.

“He was in the act of shooting when I saw him,” Stewart added of his encounter with the shooter. “When I yelled at him he turned and looked at me, and he like froze. And then the look on his face was one of amazement at first, and then one of fear. He saw me coming, and I was ready to do whatever I had to do to stop him.”

Another man, identified as 34-year-old Almog Peretz, has also been hailed as a hero for allegedly taking a bullet in order to save the lives of children.

“He grabbed all the kids in his hands and was just running towards the exit (when) he saw another kid over there,” one witness said of Peretz, according to Fox 5 San Diego.

“He grabbed him and started running and (that’s when) the shooter shot him in the leg. He didn’t care. He kept on running with the kids and just ran out.” 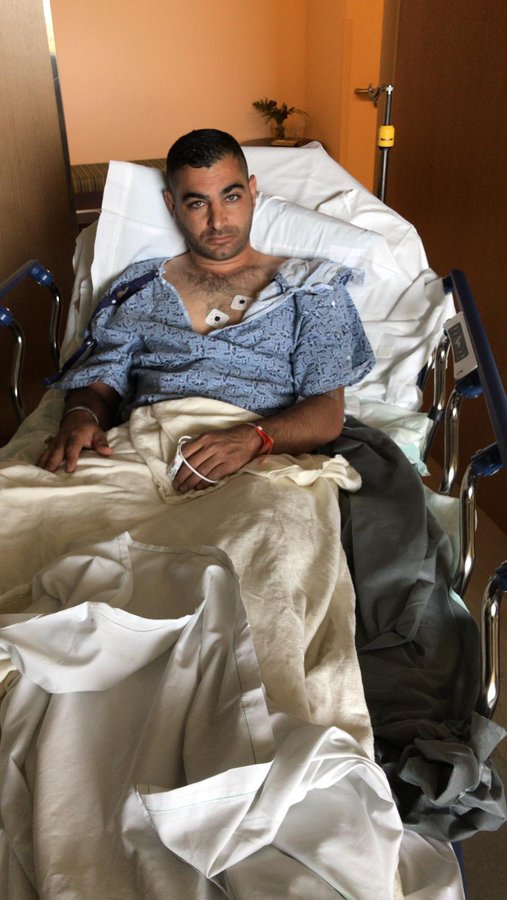 Kristen Shanahan
✔@k_shan7
This man is being called a hero. A friend says 34-year-old Almog Peretz saved children during today’s synagogue shooting in Poway. Hear the story tonight on @fox5sandiego

Peretz is currently recovering in hospital, alongside Goldstein and an 8-year-old girl who was also injured in the attack.

Lori Kaye, 60, has been identified as the sole fatality in the shooting.

“Lori took the bullet for all of us,” Goldstein said, according to AP. “She didn’t deserve to die.”

According to the Times of Israel, Kaye died while attempting to shield her Rabbi.

Outgoing Israeli Minister for Education Naftali Bennett said Kaye
“will be remembered as a hero in Jewish history,” adding that she “sacrificed her own life, throwing herself in the path of the murderer’s bullets to save the life of the rabbi.”

“Everyone in the community knew her,” he added, according to the BBC. “I’m just so heartbroken and saddened by the senseless killing.”

According to the San Diego Tribune, Kaye’s husband, a doctor, was inside the Synagogue when the shots rang out — he was called in to help treat the injured.

Tragically, it was only after he had been doing CPR for a few moments that he realized the person he was treating was his wife. The husband then reportedly fainted.

“God picked her to die to send a message because she’s such an incredible person,” Dr. Roneet Lev told the Tribune. “He took her for a higher purpose to send this message to fight anti-Semitism.”

Police say the suspect surrendered to authorities and is now in custody.

A GoFundMe campaign has been started in order to help the victims of this terrible shooting. So far, some $90,000 has been raised.

Do pray for all those affected by this terrible tragedy.