Unfinished TV tower in Yekaterinburg may be turned in St. Catherine Church 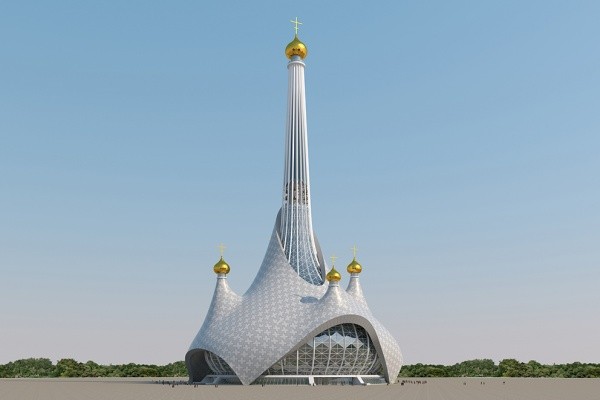 “According to the concept, they are going to combine the unfinished construction and the cult building in one cosmic-shaped construction, though it is far from architecture of Orthodox churches,” the TV channel reports.

According to the authors of the idea, they wanted to suggest an alternative to “the church on water,” which was voiced among others projects of Yekaterinburg church.

Besides the church, the authors of the unusual building envisaged setting up a cultural center at it.