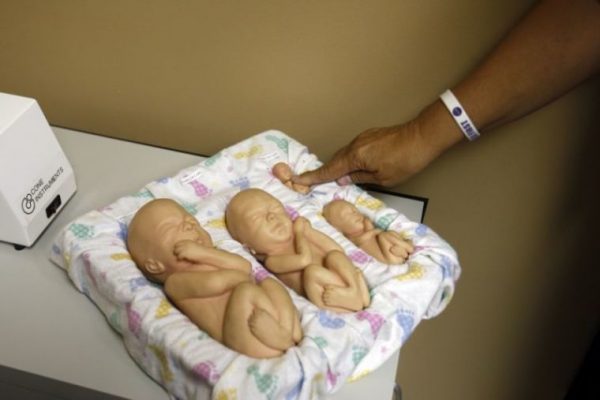 Virginia’s state Senate narrowly approved a bill that removes certain regulations on abortion, including an ultrasound requirement and that some abortion clinics be held to the same health and safety standards as hospitals.

Among its provisions, SB 733 states that facilities that “perform five or more first trimester abortions per month” will cease being designated as “hospitals” regarding “regulations establishing minimum standards for hospitals.”

The legislation also repeals a state law requiring that a woman be informed of the benefits and risks of an abortion 24 hours before undergoing the procedure, the National Review reported.

“The bill retains Virginia’s requirement that an abortionist obtain the ‘informed written consent of the pregnant woman’ seeking an abortion, but it repeals the requirement to perform an ultrasound and offer the woman an opportunity to see the ultrasound,” National Review added.

Olivia Gans Turner, president of Virginia Society for Human Life, a pro-life group, denounced the passage of the bill.

“This week will be remembered as a tragic one for the well-being of all women in Virginia as well as their unborn children,” Turner said Wednesday.

“The action of the General Assembly only serves to protect abortionists who once more will be able to hide the truth from the women that come to them.”

Virginia Gov. Ralph Northam is expected to sign the bill. Last year, he garnered controversy for, among other things, appearing to endorse infanticide when defending a pro-choice bill.