Vladimir Legoyda: “The Church Can Only Call For Peaceful Resolution of Conflicts” 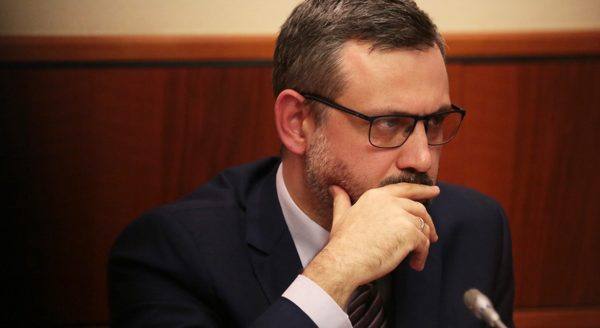 Vladimir Legoyda, Head of the Synodal Department for Church Relations with Society and Mass Media, commented on the recent protests in Russia. He noted that it is important to look at the current situation as a whole, without denying either the presence of internal problems in the country or the influence of foreign forces seeking to destabilize the situation.

Speaking on the “Bright Evening” program on radio “Vera” about the Church’s attitude to protests, Vladimir Legoyda noted that the Church is open to people with different political views, but she herself should be an exclusively reconciling force.

“The Church can only be a peacemaker, the Church can only call for a peaceful resolution of existing conflicts,” Vladimir Legoyda stressed, reports the press service of the Synodal Department for Church Relations with Society and Mass Media.

At the same time, the representative of the Church also noted that he could not agree with simple and unambiguous assessments of the events that took place.

“As for the side of the protesters, it is, of course, very important to hear that – as the young people themselves say, in particular, students that I know – their indignation is often not associated with Navalny and with foreign forces that are trying to shake the situation. But these students should also be aware that they can be manipulated. Such political forces exist, they work, they invest huge amounts of money. We need to think about what is happening in general. Let us not put blinkers on our eyes from any of the sides,” V. Legoyda urged.

He also noted, “these external forces can shake the situation and destroy us only in one case, if they find a fertile ground for this here.”

“And the task of our society is not to have such a fertile ground. Thus, we come to the issues of justice, social stratification of society, etc. And, of course, it is not true when they say that nothing is being done to solve these issues,” concluded the representative of the Russian Orthodox Church.