Walk for Life in South Australia 2022 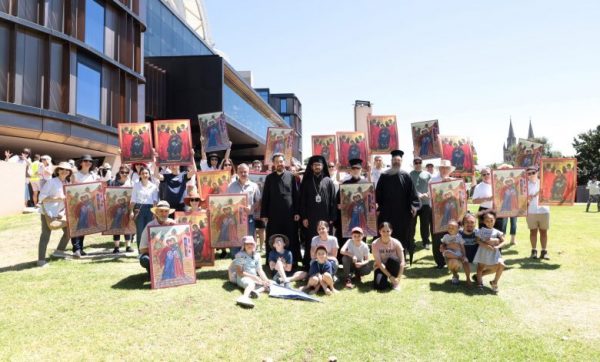 2021 was a major disappointment for the pro-life movement in South Australia. In spite of a 5,000-strong crowd turning out for last year’s event in pouring rain and with COVID restrictions in place, less than two weeks later the South Australian lower house of parliament passed liberalised abortion laws that effectively permit abortion on-demand, up until birth, for any reason that two medical professionals can agree on. Although some important concessions were won in this debate, it was nevertheless a deflating result for those who braved the cold and rain to stand up for the unborn.

On the back of such a deflating result, people could be forgiven for giving up altogether. And yet, “Walk for Life 2022” showed that the pro-life movement is not done yet. In spite of a COVID wave that is still racking up 1,500 new cases per day, the people of South Australia still managed to assemble a crowd of around 3,000 for this year’s march, which took place on Saturday the 12th of February.

The Archdiocesan District of Adelaide, under the pastoral guidance of its Archepiscopal Vicar, His Grace Bishop Silouan of Sinope, again had a strong presence at this year’s event. His Grace strongly encouraged the faithful to attend in his personal communication but also through a formal encyclical. Dozens of icons of the Visitation of St Elizabeth and of the pregnant Theotokos featured prominently in the march – making for a bold witness not only for the pro-life cause, but also of the Orthodox faith and presence in the City of Churches. Not only were the Orthodox faithful strongly represented, but many were directly involved in the volunteering efforts and in supplying some of the tents, and most of the tables and chairs.

In spite of the stringent requirements placed on organisers by SA Health, the event ran extremely smoothly. Several speakers addressed the gathering, including Martin Iles (Managing Director of the Australian Christian Lobby), Tom Kenyon (former Labor and current Family First candidate for the SA upper house), Joanna Howe (Professor of Law at the University of Adelaide), Claire Scriven (MLC for Labor in the SA upper house) and Senator Claire Scriven (Liberal member of the Senate). A common theme among the presenters was the need for people of faith to engage more directly in the political process, in order to get people aligned with the pro-life cause pre-selected by their parties, and ultimately elected into parliament where they can push the changes through (the same tactics the pro-abortionists have been using for decades).

As part of this overall strategy, Professor Howe also announced an exciting new initiative called the “Enid Lyons List”. For decades, a pro-abortionist group by the name of Emily’s List has been responsible for helping pro-abortionist women get into parliament. So successful have they been, that of all the lower-house female MPs in SA, only one of them – Member for Enfield, Ms Andrea Michaels – voted against the final abortion-to-birth Bill (and the Orthodox faithful noted with pride that she is one of their own). Enid Lyons was a mother of twelve, and the first female to be elected to the Federal House of Representatives and to serve in a Federal Cabinet. She was herself a staunch anti-abortionist, and this organisation was established in her honour to help more pro-life women get into parliament.

Those present also heard miraculous testimony of a mother who was pressured to abort her child due to a supposed brain abnormality detected at their 20-week scan, only to give birth to a healthy baby girl. Her testimony is proof of the need for reform in this area.

In all, in the wake of last year’s potentially demoralising loss in the South Australian parliament, this was an encouraging result, and bodes well for the future of the pro-life cause in this State.