Source: Interfax-religion
Natalya Mihailova | 25 September 2015
Moscow, September 24, Interfax - Patriarch Kirill has urged the West to follow Russia as an example of how to handle Muslim immigrants. 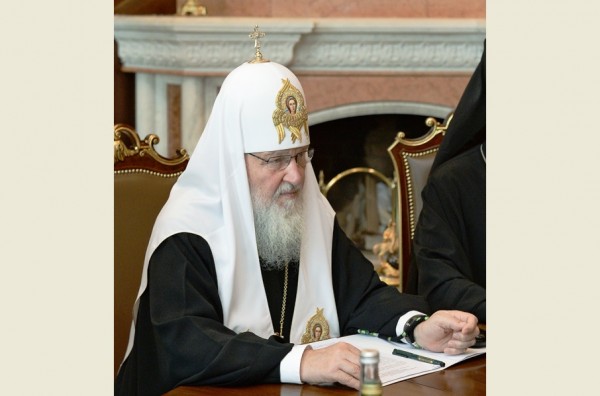 “Unlike the West, which is already nervous about the arrival of refugees, Moscow alone has taken in more Muslims than the whole of Europe has done by now. And nobody in the world is aware of it. And there is no hysteria, no police, no gas, no physical clashes,” the patriarch said at a meeting with Palestinian leader Mahmoud Abbas at his residence in Peredelkino, Moscow Region, on Thursday.

Russia has many Muslim migrants from the former Soviet republics, and “for them it is the only source of a good living,” the church leader said.

“Of course, problems do arise sometimes with people who arrive but these problems get solved within the law, and most importantly, the good Orthodox-Muslim relations are creating an atmosphere for Muslims here to live peacefully and for the Orthodox to treat Muslims respectfully, with tolerance, like brothers,” he said.

The patriarch congratulated Abbas, who helped build the mosque, on its opening in Moscow.

“You probably felt what remarkable, good relations have developed between the Orthodox people and Muslims in Russia. We are very glad that finally this big mosque has been built in the city of Moscow to become a place of prayer for many Muslims who live in Moscow and visit Moscow,” Patriarch Kirill said.

He said that radical Islam, “by the grace of God, is not spreading across Russia.” The Patriarch also spoke of the dangerous situation in the Middle East where Islamic State and other similar terrorist groups have been trying to recruit Russian citizens.

“These and other radically-minded people pose a huge danger to Russia. This is why everything that happens in the Middle East, in Syria, Iraq, Libya, concerns us very closely,” he added.