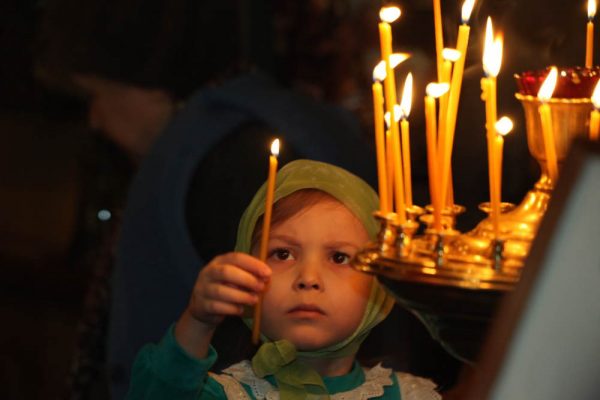 Christ is Risen! Or is He truly risen? How many people doubt the greatest event in world history – the reality that someone who was dead for three days resurrects back to life and never dies again? It sounds quite improbable, even impossible? It’s no wonder that plenty of people in our contemporary society question or outright reject this miracle as nonsense. We live in quite the skeptical age that won’t readily accept miracles and quite frankly rejects most religious claims.

So I ask, “What is reality?” Such extraordinary claims like Jesus rising from a tomb after being dead for three days surely doesn’t seem like reality.

Of course, for the very disciples and friends of Jesus, such a miracle seemed beyond belief! Mary Magdalene and the other myrrh-bearing women go to the tomb early on Sunday morning and find it empty. They encounter an angel who tells them, “Why do you seek the living among the dead. He is not here. He is risen. Go and tell his disciples and Peter.” So, they go and share the Good News but it is so unbelievable that even our Lord’s most intimate disciples initially reject it. Peter and John run to the tomb and find it empty but still struggle to believe. Then Jesus appears to ten of the disciples in the upper room and they are shocked at what they see. It is true that the Lord is alive! Two disciples, Cleopas and Luke, are walking to the village of Emmaus that same day and they also encounter the living Christ. With all these appearances, the disciples tell Thomas about what they’ve seen and experienced. Yet, what is his response?

Here is one of Jesus’ closest friends and disciples, who just a few days earlier had said that he was willing to die with Christ, yet now, despite the testimony of all his friends who would have no reason to lie to him, he disbelieves. The entire story is just too unbelievable!!!

Well, we all know what happens. We heard it in today’s Gospel. A week after Jesus appears to the ten disciples, He appears to Thomas and reprimands his unbelief. “Reach your finger here and look at my hands; and reach your hand here and put it into my side. Do not be unbelieving but believing.”

Thomas finally accepts this miracle and makes the proclamation of faith, “My Lord and my God.” But Jesus warns him and all of us, “Thomas, because you have seen me you have believed. Blessed are those who have not seen and yet have believed.”

Aren’t these the words our generation needs to hear?!? “Blessed are those who have not seen and yet have believed.”

I want to make a side note that during the 40 days following Jesus’ resurrection from the dead, He appeared again and again to his followers and friends. Not once or twice, but numerous times. And not to only a handful or even just his closest disciples. The risen Christ actually appeared also to 500 followers all at once, according to Saint Paul. 500 people!!! This was not a mass hallucination. It was not simply his followers dreaming and wanting to believe. They truly saw and encountered Jesus Christ who was crucified but who was now alive!!!

For people who try to say that the followers of Jesus fabricated this story, we have to carefully and seriously ask ourselves, “Why would they make up such a story? How did they benefit from such a story?” The followers of Christ were not a part of some big, powerful religious institution that had the power of the state on their side and they were trying to deceive the masses with some lie. The earliest followers of Jesus, the early Church, were a group of insignificant, mostly illiterate Jewish men and women who had nothing to gain by maintaining a lie. Actually, what they would gain from proclaiming this resurrectional message was persecution, rejection, arrest, imprisonment, and even torture and death! That surely is NOT a reason why many people would maintain a lie!!!

Yet, they held on to their story. They traveled throughout the world sharing this story. They didn’t stop when some were arrested or others were killed and martyred. When the larger society ridiculed, humiliated, rejected and tried to destroy their movement, they continued to preach the Good News. And slowly they attracted more and more people to join their community of faith. The witness of these men and women was not simply the Good News of the Resurrection they proclaimed, but it was the radical change that occurred in the lives of the believers, the transformation and transfiguration of their lives which attracted people to join their movement!

Now, I understand the skepticism of people to question the resurrection of Christ. That’s normal. Even Thomas the Apostle questioned and doubted. If we really want to know the truth, however, we must keep an open mind and try to understand. Ask questions but be ready for the answers we may find. Ask yourself how a movement based on the most unbelievable miracle – Jesus Christ rising from the dead after three days in the tomb – could became an unstoppable movement that has changed the lives of millions of people throughout the centuries. And it continues to change the lives of people today, giving them hope, joy, meaning, purpose, and new life!!!

During this past Lenten season, we had two study groups going on in our Church that were reading through CS Lewis’ The Screwtape Letters. I think almost everyone in our two groups, almost 40 people, would agree that we were challenged, enlightened, and inspired through this study. I’ve told you before how this is a book about the ways the devil and demons try to deceive and confuse us to question God, to keep us away from God, to not believe in Him, and to separate us from a community of faith that may nurture and strengthen our life in Christ.

Anyway, in one of the last chapters of the book, there’s an enlightening section on  how we perceive “reality,” and especially on how the devil tries to distort and cloud our sense of reality. The evil one plays off of our skeptical minds by focusing on our emotions and getting us to see all the darkness and evil around us as “what the world really is like” and then to plant the idea that any comforting religious idea is simply a fantasy. The devil wants to fog our minds about the meaning of the world ‘real.’ He constantly tells us that any “spiritual experience,” any transcendent encounter, any moment when beauty and love and truth touch our souls and make us feel joyful or better or closer to God, we should look at all these as some “emotional experience” that can’t be trusted. They’re not real, the devil whispers in our ear. They are subjective and thus we can ignore them as some escapist dream.

What is real, Satan tells us, is whatever is ugly and dark and hateful and violent and mean in the world. Everyday we can see such darkness in our headline news and the devil wants us to believe that is the real world, not the experiences that touch our soul.

The Apostle Thomas was tempted in this manner. He has seen the darkness of Christ’s crucifixion. Many in our modern society are tempted with similar skepticism and doubt. Yet look at history and see the reality of what this small, insignificant band of followers of Jesus Christ did. They believed in the Resurrection. The lived according to the Risen Christ. And they allowed God to change and transform their lives and the lives of countless others who entered into their communion of faith.

The reality of history shows that Jesus Christ did resurrect from the dead, and this living God touched and changed the lives of His followers – not only 2000 years ago but also today.