What to Do if You Lose Your Income In the Pandemic 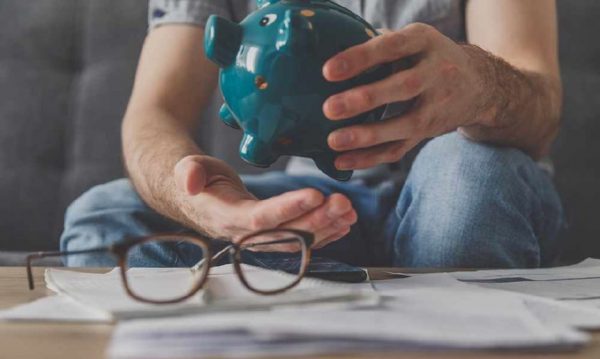 Due to the pandemic, Russian residents cannot pay their loans on time. In the lockdown, many people lost their jobs or began to earn less. By October, the number of overdue loans had risen to 70%, according to the National Association of Professional Debt Recovery Agencies. The majority of those who had failed to pay their loans on time, cited financial difficulties due to the pandemic as the reason for non-compliance with the payment schedule. Pravmir spoke with people who have accumulated interest on loans due to COVID-19, as well as with lawyers who help solve this problem.

Irina from the Tambov region issued a credit card long before the pandemic, she did not use it for a long time, but soon it became necessary. Irina unofficially worked as a manicure master in a beauty salon, which in March, at the beginning of quarantine, suspended its activities for an indefinite time. “Naturally, I was not hired because no one wanted to pay my salary or give me any social guaranties”, – she says.

When the situation more or less stabilized, Irina decided that it was time to get back to business and came to her old workplace to find out about the new schedule. However, the owner informed her that due to financial problems, he was closing his business and the salon.

— I became unemployed. I have two children, my husband works and receives minimum wage, – continues the Pravmir’s source.

The debt on the card has grown imperceptibly, and the family almost had no ability to repay the loan: they needed to buy food and pay for their apartment.

— At first, the bank filed a report to police that we were scammers, although I periodically borrowed money from friends and tried to pay off all debts. The fact of fraud was not confirmed, so now collectors simply call everyone: even distant relatives and acquaintances, with whom we have not talked for a long time, – Irina complains. At the moment, she is trying to make payments of 2000, or sometimes 500 rubles.

The mother of two children still does not have a job because the pandemic started again. The family is sorely short of money.

Danila Mikhalishchev, a credit lawyer, told Pravmir that collectors do not process the flow of clients in full during lockdown. However, despite the fact that their activity level is not high, they have started to work illegally: they do not use their official phone numbers and call from SIM cards that are issued to counterfeiters, which allows them to insult, humiliate, and intimidate people, as well as threaten the life and health of their relatives.

In this case, the Federal Law №230 “On the protection of rights and legitimate interests of physical persons when implementing activities for return of overdue debt”, which establishes the rights and obligations of the debtor, creditor, and collectors, helps you to protect yourself from collectors.

— If you are already 4 months overdue, then according to the Federal Law №230, you can write an application to refuse to interact with the creditor and their representatives and send a registered letter to the creditor’s legal address. If you submit your application before this due time, it will not be examined. Can’t wait? Record all evidence of your interactions with creditors: calls, text messages, screenshots, details; attach them to your complaints and send them to the Central Bank of the Russian Federation or Federal Bailiff’s Service, – Mikhalishchev recommends.

Each bank processes overdue debts differently. Yet, if a bank uses the collector services, it means that the client does not engage with a bank and does not answer their calls, as Alexey Kramarsky, the head of the Credit Risk Department of the Raiffeisenbank retail segment, believes.

— We mostly interact with customers who have overdue payments by ourselves: this allows us to better understand the problem and find the best solution. If we appeal to collectors, it happens at the late stages of the arrears: from 3 months and more. The pandemic did not affect this approach, – the expert is sure. Therefore, in any unclear situation with loans, he advises people to call the bank and explain the situation.

Natalya from the Penza region works as a therapist in a hospital and works night shifts there to have additional income.

— When the situation was stable, I took out a loan for a car in the amount 450 thousand rubles, the monthly payment was a little over 15 thousand rubles. When the pandemic started, my hospital was completely closed because they stopped the planned hospitalization. I was transferred to a base salary without any allowances, the income decreased from 70 to 20 thousand rubles, – Natalya admits.

She divorced her husband and raises three children by herself, fully providing for them financially. When the salary was lowered, Natalya wanted to take a repayment holiday, but she got refused, “Sberbank organized them only for legal persons and persons who took out a loan for larger amounts than mine. I had to pay off the loan or refinance anyway”.

Lawyer Danila Mikhalishchev warns loan debtors against restructuring and refinancing: he believes that there is no point in doing that because this way the client will aggravate the situation and only overpay in the end.

— If you are not sure what will happen to your financial situation in a month or two, you do not need to pay now, it is better to save this money for yourself and buy food with it, – says the lawyer.

— It is easier and more favorable to pay through the court: this way you can get rid of or reduce penalties, fix interest and then pay either at the stage of enforcement proceedings, or obtain a debt delay or instalments and then make payments until full repayment.

Aleksey Kramarsky, on the contrary, says that at the first sign of possible financial difficulties, the best decision is “to contact your bank and find out what restructuring programs are currently in effect”. Auto-payment, which can be set up in the mobile app of the bank, will help you avoid technical delays: it is when the client simply forgets to transfer money on the loan on time.

Natalya refused to go through with refinancing and restructuring and decided to pay off the debt on her own. She had a few savings that she planned to spend on other needs and she borrowed some money from friends and acquaintances.

— I basically had money to pay for housing services only. The children were on distance learning, so we were allowed not to pay for school meals, clubs, and music school, – she told Pravmir.

Since financial difficulties occurred during the summer period, the family began to actively use subsidiary farm: they ate the food harvested from their garden and got chickens. Fellow villagers also helped them.

— The status of a doctor in villages is more or less higher than in the city, so people sometimes helped with meat and other products, – Natalya smiles.

Now, her hospital is working again, but the situation is still unstable because the number of coronavirus patients is growing every day, and the situation may resume.

This mechanism will help the economy, but not medicine

Where did the panic in parents chat rooms come from?

Most viewed articles
A Great Time to Join the Orthodox Church349
First Church in the Antiochian Archdiocese Named for St. Xenia of St. Petersburg Prepares for Feast Day274
Patriarch Kirill: Not Only People, But Churches Too, Can Depart from God141
My World’s Different104
Brooklyn Street Co-Named for Antiochian Pastor Who Served a Half Century There93
Metropolitan Hilarion: the Church and traditional confessions have done everything possible to improve the situation in Kazakhstan86
Patriarch Porfirije of the Serbia: Our Position on the Church Issue in Ukraine Has Not Changed80
Thoughts on Theophany and Revelation71
A Christianity of the Catacombs6
4-400×6001
Most popular authors
Pravmir.com team581
Frederica Matthewes-Green349
Protopresbyter Themistoklis Mourtzanos104
Peter Samore93
Elissa Bjeletich71
Archpriest Lawrence Farley6