Why are prices going up and what else will rise in price in stores? 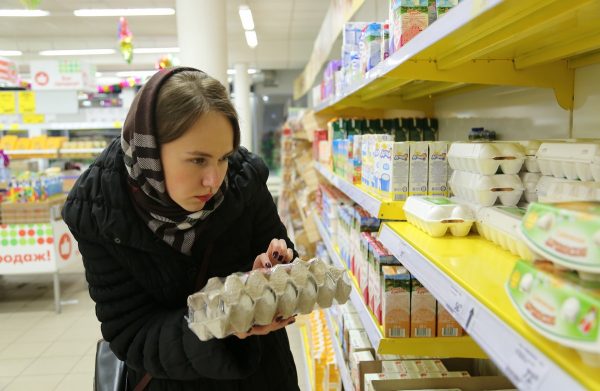 Since the beginning of 2021, poultry and eggs have risen in price by 6%. Manufacturers have proposed to Russian retail chains to increase purchase prices for these products by 10%. At the same time, Rosstat notes a significant rise in prices for vegetables, especially potatoes and carrots. Pravmir.ru asked economists why products are getting more expensive and what will happen next.

Eggs, poultry and pork may rise in price

Igor Safonov, expert at the Institute for Development Center of the Higher School of Economics, said:

“The rise in prices in November-December 2020 was associated with an increase in world prices for grain and sugar. But these reasons faded into the background after the introduction of restrictive measures on exports and agreements on maximum retail prices with retail chains.

Agreements on sugar played a role, and sugar prices declined in December and January, even with seasonal adjustments. Likewise, prices for bakery products decreased their growth due to compensation for grain prices to millers and bread producers.

If we talk about the prices for vegetables and fruit, they grew very intensively until the beginning of this year, due to the fact that this period saw a seasonal peak in consumption, and also in November-December there was a ban on the import of some goods from certain regions of Georgia, Azerbaijan and southern Armenia for epidemiological reasons.

In January, the situation on the fruit and vegetable market somewhat stabilized, the rate of growth of prices for the month added about 4% in annual terms. Citrus fruit fell in price, but vegetables, including potatoes, rose in price. This market is very seasonal and it is difficult to predict price dynamics on it, since everything depends on the harvest.

Now there are concerns about the prices of poultry and eggs. This is primarily due to the outbreak of bird flu in poultry farms. Some manufacturers are talking about quite large losses and, accordingly, the prospects for rise in prices. In addition, due to the weakening of the ruble at the end of last year, such accompanying cost components as feed and vitamins rose in price.

Producers also talk about the possibility of higher retail prices for pork, explaining this by the outbreak of African swine fever, in connection with which there was a large slaughter of livestock, and which, in general, increased production costs.

As long as the market remains competitive, especially among producers of beef and pork, therefore, most likely, retail chains will not allow significant rise in prices. But if this epidemiological factor dominates for the majority of producers, it will lead to a rise in prices for meat products.

Concerns are associated with this market, because meat products occupy a significant share in the structure of consumer spending, it is 8% or more. This is a significant part of what Russians spend money on.

There are also concerns about the prices of confectionery. They are connected with the fact that retail prices for sugar fell, but wholesale prices for sugar for producers of these products increased, because sugar producers need to somehow compensate for the lost income. And in the structure of the cost of confectionery products sugar occupies up to 40%. Therefore, it may happen that sweets will rise in price.”

“We are talking about a natural process, that is, there has not been any unusual, uncharacteristic rise in prices in the past month and a half.

In 2020, over the same period, there was an increase of 0.7%. These are very comparable indicators. The rise in prices that we are facing now is about the same that we see every year.

It is clear that for each price, for each product there may be its own special explanation, its own dynamic. When we talk about the dynamics of certain types of goods, we must take into account that the agricultural market is quite competitive. There is no single “deposit” of potatoes or carrots in the whole country. These products are produced by many vendors, which makes collusion of the manufacturer impossible for almost all products in this category. That is, we are dealing with natural causes.

When we talk about individual goods, we are talking primarily about the factors of supply and demand. The supply largely depends on the harvest in the current year. Each product has its own indicator.

The second important point is the factor of foreign trade. Russia is now in difficult relations with many countries, there are various kinds of mutual sanctions, in particular anti-sanctions on the food market. These restrictions on the international trade make prices, in principle, less stable.

It’s one thing if Russia is part of a single world market. Then such particulars as whether the harvest was gathered in Russia or not become insignificant, because the Russian production is only part of the global one, and for most goods it is not so big. And if the country is fenced off from the rest of the world, then the dependence on current harvests and other circumstances becomes more significant.

The third factor is already beyond the scope of talking about some individual consumer prices, about food, because not only they are getting more expensive. There is a separate question why potatoes are becoming more expensive, but there is a completely different question, such as why there is inflation and why it isn’t low.

Now central banks are not very limited in their ability to print money, they do not adhere to some very strict rules, in this regard, the era of deflation in all countries has passed, the current era of inflation has come. And the whole question and all the difference between countries is now only in the speed with which prices rise.”

We are at the peak of price growth

“The rise in prices in recent months is due to three factors:

The strong weakening of the ruble took place in early 2020. Prices began to rise in the second half of the same year. This does not happen overnight. The ruble fell and the next day prices began to rise. No. The process is stretched out over time, prices rise for several months.

Food inflation is an endless process, it happens all the time, with the exception of certain months during the year when deflation can be observed. This usually happens at the end of summer or at the very beginning of autumn, when there is a massive supply of new seasonal Russian fruit and vegetables.

When manufacturers and retail chains see that the consumer has little money in his pocket, they fight as much as possible for the lowest price of products on the shelf. Low and declining incomes will be an important deterrent to food inflation.

In a few months, the supply of seasonal products will begin. This will also restrain the rise in food prices.”