Source: OCA
Natalya Mihailova | 21 May 2014
A wind-driven wildfire that broke out in the late afternoon on Monday, May 19, 2014 inched within two miles of the Athabascan village of Tyonek. 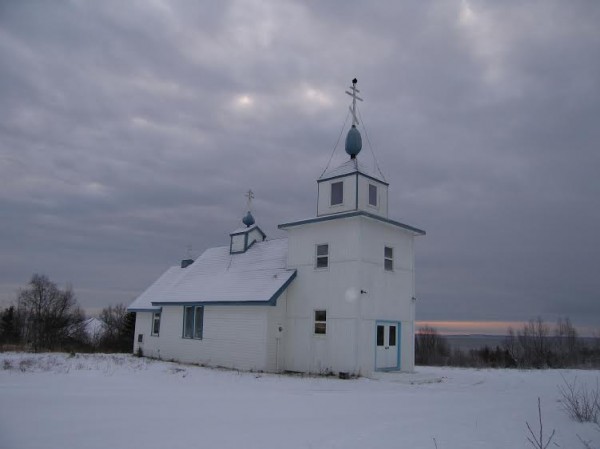 Settled in the first half of the 19th century, Tyonek is the home of Saint Nicholas Orthodox Church, which traces its origin to 1891 and serves the majority of the village’s residents.

According to firefighters, the Chuitna River separates the fire from the village, but spots began burning on the village side as of Monday evening.  While the village had yet to be evacuated, many residents had arranged to spend the night elsewhere.

The region has experienced little rain and high winds in recent weeks.

Prayers are requested for the safety of the villagers, their historic church and their homes.  Archpriest Peter Chris is Priest-in-Charge of the parish.