Source: DECR
Natalya Mihailova | 10 June 2015
June 9, 2015 – the Working Group for Cooperation between the Russian Orthodox Church and the Russian Ministry for Foreign Affairs held its 20th meeting, at the MFA Small Mansion. 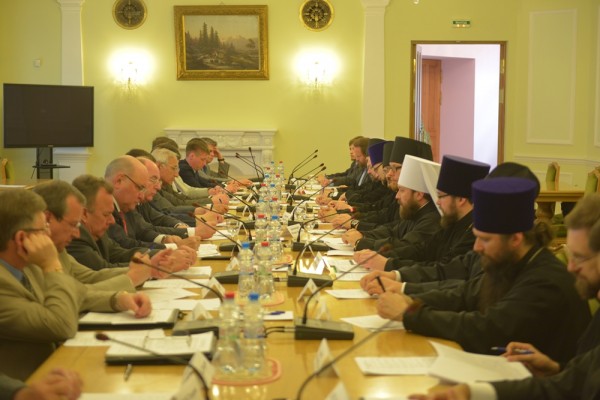 The meeting of the Working Group was opened by its co-chairmen – G. Karasin, state secretary, deputy minister of foreign affairs, and Metropolitan Hilarion of Volokolamsk, chairman of the Moscow Patriarchate department for external church relations (DECR).

The meeting discussed various items on the common agenda and outlined priority areas in cooperation between the ROC and the MFA for the coming period.