Yes We are Persecuted

I strongly believe that Christians today should show their solidarity with Copts in Egypt on many levels as long as Christians in Egypt are under a double impact of social and political discrimination. It’s a moral duty to stand for the oppressed and the persecuted whether it is on an ecclesiastical, political or humanistic level.
Minas Monir | 07 October 2011

A new wave of attacks on Christians in Egypt unveils a twofold discrimination against the largest Christian community in the Middle East. 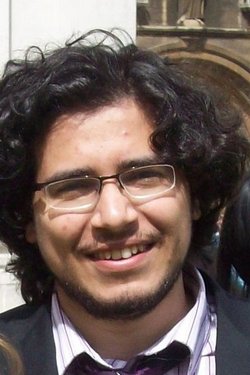 This morning the official fact-finding committee commissioned by the Egyptian Initiative for Personal Rights to investigate the attack on a new church in Aswan governorate, has released its shocking report. The very same scenario of such similar incidents has taken place this time in a small village called Marinab in Aswan city; after Islamic Friday prayers, a group of Muslims set fire to a church and used their axes to destroy it until it was flattened. Then the enthusiastic Islamists carried on by attacking the surrounding houses and properties of Christians.

The attacks continued for between 3 to 5 hours without any interference by the military or police in a way that led the commission to conclude: “What happened in Marinab shows a blatant bias by the regime in favour of fundamentalists.”

As an Egyptian Christian, I don’t find such an attack surprising. Such sectarian clashes have been taking place since the late 70’s with different rates and scales. As a result of the deliberate absence of security in Egypt and the confounding attitude of the current regime, which distracts Egyptians from the expected power transition to guarantee ultimate power for the military, the increasing frequency of sectarian violence against Christians can be understandable. However, the shocking and worrying thing is the hostile attitude of the authorities today against the oppressed Christians.

After the scandalous attack and the silence of the regime, Christians went to Cairo’s city centre and launched an open sit-in in order to let people know about their case. By the end of the same day, a legion of military officers attacked them viciously instead of listening to them.

This video shows how the military police brutally cracked down the protest:

The police attack resulted in a massive number of injuries among Copts. A priest, Metthias Nasr, reported that he was abused and beaten by army police as well.

While Copts are demanding justice and the rule of law, the government ignored their demands and suppressed them. At the same time, the Islamists who led this attack have launched new parties based on religious premises, which is in breach of Egyptian law. The famous Egyptian writer and activist Alaa’ al-Aswany suggested that the attitude of the regime towards Islamists can interpreted either as a sort of political alliance or as a tool to distract the Egyptians from the congested political situation that is increasingly justifying the doubts over whether the Supreme Council of Armed Forced will hand over power to a democratically elected civil president. However, in both cases, Copts pay for these contaminated political strategies.

The church that was burned down had been used since 1940 and needed restoration. Copts received permission from the legal authorities to restore the church before it collapsed. However, the village Muslims objected to that. That was the reason for assembling the priests with some Muslims under the sponsorship of the authorities a few weeks before the storming attack. The Muslim representatives asked Christians “not to put a cross over the building because this hurts the feelings of Muslims” and not to restore the domes. While the political authorities didn’t interfere as the Muslim side is asking for what is not their business, the churchmen accepted the Muslims’ prejudiced conditions because they needed a quick restoration before the building collapses.

These demands show how hostile Egyptian Muslims can be towards their Christian fellows. Despite the church’s acceptance, Muslims attacked the church and destroyed it along with several Coptic houses. More shocking were the reactions of Muslims all over Egypt. While every sector, such as doctors or school teachers, has the right to demonstrate in order to raise their wages, Copts were condemned for demonstrating and calling for justice!

For three days TV and internet received thousands of hostile comments such as “they (Copts) should be thankful for letting them live,” “they are not patriotic because they are calling for their own demands, not for consensual demands,” “those people are a fifth column for America and they should get punished.” This phenomenal enmity has been subject to heated debates on TV and in cultural circles. Several thinkers believe that Egyptian society has reached a serious level of sickness as demonstrated in their fanatical attitude towards Christians in Egypt.

Any attempts today to rescue what is left of the concept of citizenship will be brought to a halt if this social sickness and fundamentalist immorality are not be dealt with.

Since the early 80’s, some Arab countries with rich oil resources have been funding the fundamentalist Wahhabi ideology in Egypt. Pumping Islamist charities with what’s known in Egypt as petro-dollars is the real dangerous enemy to the spring of Egyptian revolution and equal citizenship. In July, a demonstration by Islamists took place to show off their power took place in Cairo. In the heart of Tahrir square, those Islamists raised the flag of Saudi Arabia. This raised questions regarding their ideological affiliation and whether the sponsoring countries of Wahhabi ideology will shape the Egyptian political scene in the next decades.

I strongly believe that Christians today should show their solidarity with Copts in Egypt on many levels as long as Christians in Egypt are under a double impact of social and political discrimination. It’s a moral duty to stand for the oppressed and the persecuted whether it is on an ecclesiastical, political or humanistic level. A call that should be taken seriously by each and every one of us before putting Egyptian Christians into concentration camps becomes a legitimate measure by the society’s increasing fanaticism that calls Copts today to be grateful that they are being “allowed remain alive.”