Doctor on Trial After Refusing to Perform Abortion for Medical Reasons One doctor in Argentina is putting his money where his mouth is. Last year, a group of pro-life physicians vowed they were willing to go to prison should they be legally forced to perform abortions.

Now Dr. Leandro Rodriguez Lastra, an OB-GYN, is on trial for “obstetrical violence” and breach of duties after refusing in 2017 to terminate a 19-year-old woman’s pregnancy, which occurred as a result of rape.

In Argentina, abortion is only legal in cases of rape or when the life of the mother is in jeopardy. Though the pregnant woman qualified for a legal abortion, Lastra refused to terminate her pregnancy for medical reasons, according to Life Site News.

The woman, whose name has not been disclosed, reportedly arrived at Pedro Moguillansky Hospital in Cipolletti, where Lastra has served as head of gynecology since 2016, via ambulance, claiming to be in severe pain after ingesting the abortifacient Misoprostol, which the patient said she obtained from an unnamed pro-abortion nongovernmental organization.

When she arrived at the hospital, the teenager had a fever and contractions. She was 22-and-a-half weeks pregnant, carrying a viable baby with a positive heartbeat. Lastra said he first took steps to ensure the patient’s safety, then after consulting his medical team, determined performing the abortion could be life-threatening for the woman. So with her consent, Lastra scheduled a Cesarean section as soon as the unborn baby would have the best chance of survival.

Both the mother and the baby survived. The child has since been given up for adoption and is a thriving 2-year-old.

As for his medical reasons for refusing to terminate the woman’s pregnancy, Lastra said he did not doubt her claim of rape. Instead, he told members of the media during court proceedings leading up to the trial, there was no way of knowing whether the patient was telling the truth about the NGO or if they gave her Misoprostol or some other drug.

“I couldn’t take that seriously,” Lastra reportedly said. “I couldn’t know what they’d really given her. As it was a clandestine group, I couldn’t check which drug had been ingested.”

He added abortifacients are generally used for “much less advanced pregnancies,” noting the woman was far along in her pregnancy.

Lastra, in seeking to protect the woman’s life, wanted to prevent a septic abortion “due to contamination with a bacterium similar to that produced by tetanus, which is common when procedures are performed in places that do not have proper asepsis.”

“Medical procedure involves assessing the whole context,” he explained. “Here I have a patient I don’t know everything about. They’re saying to me, ‘How can you not know that Misoprostol causes fever?’ Of course I know that, but I couldn’t tell if that was really the cause.”

“I had to evaluate it, ask for a blood culture, a urine culture, flow culture,” the doctor continued. “I gave her antibiotics. There was a risk to the patient’s life.”

Nevertheless, the gynecologist has been accused of intentionally reversing the effects of the abortifacient by prescribing a medication to stop the woman’s contractions. He did, in fact, stop her contractions, but not because of his moral convictions against abortion: He did it because the mother’s life was at risk.

Lastra has received the support of Argentinian congressperson David Schlereth, who called the trial against the pro-life doctor “absurd.” 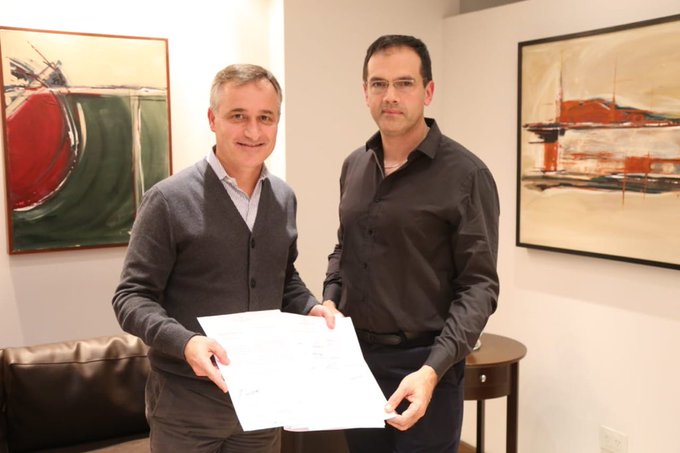 “You cannot judge someone who, in everything, acted in accordance with the rules and protocols, in addition to his Hippocratic oath,” Schlereth said. “It’s barbaric from every point of view: legal, medical, and political.”

And in a tweet posted last Friday, the lawmaker said he and his fellow pro-life politicians plan to continue defending “the most important human right, the right to life from conception.”