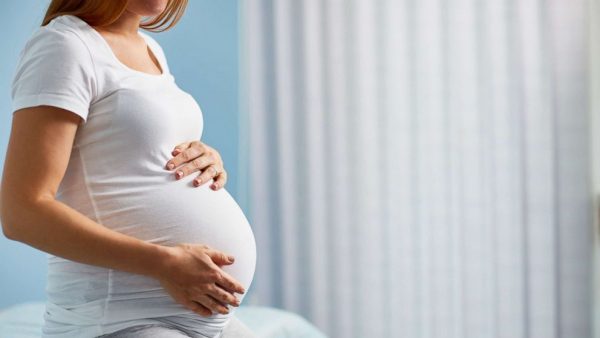 With the preparations for a challenge to Roe v. Wade underway, the amount of abortion-related talk in the media is overwhelming. What is painfully frustrating is the refusal of the pro-abortion protesters to be honest. A difference in opinion can be discussed, understood, even respected, but it is absolutely impossible to engage on any meaningful level when one side of the conversation refuses to acknowledge basic reality and insists on a delusion. Of course, I can assume that most of them are not actually delusional. I rather suspect that they are perfectly normal and intelligent people. But if this is so, why can we not get past the obvious fact that a human baby is a human being ? I have a couple of ideas.

First, I think that most of the pro-abortion activists fully realize that a human baby is a human being. I believe that most of them do not actually think that an unborn child is the same as a tumor or that a pregnancy is an illness. In a recent NPR story, one pro-abortion activist said: “I didn’t know what I would do with a baby. I had no job. I would have been in no financial position to care for a kid. I had guilt probably for a year.” Obviously, this is not about “my body” or “healthcare.” This woman did not get breast implants or had her appendix removed. She killed her baby because she had no job. I recently had a surgery. This was “my body” and “healthcare.” I did not feel guilty for a year. In fact, I did not feel guilty at all. This woman knows that she killed her baby. And she continues: “But you know what? I don’t regret it. Because if I hadn’t had that procedure when I was young, I would not be where I am today.” So, this really is the truth: this woman–and I think that her story is very representative of the majority of abortion cases–chose to kill her baby not in order to affirm her ownership over her body and not for healthcare reasons, but because she viewed her child as an obstacle to her financial, professional, or some other advancement in life.

Making a value judgment about whether this worldview or the actions that it produces are good or evil  is a very different issue. We cannot even begin to discuss this until we can agree on the basic facts of reality: roses are red, violets are blue, and babies are human beings. This acknowledgment, however, is not without consequences. The problem is that the very same reasoning used for killing a child before birth also would apply to killing one shortly after birth or even for some time after birth. A teenager who drowned her newborn in a toilet or smothered a six-month-old with a pillow could say the very same words that we heard from a pro-abortion activist: “I didn’t know what I would do with a baby. I had no job. I would have been in no financial position to care for a kid. I had guilt probably for a year. But you know what? I don’t regret it. Because if I hadn’t [killed the baby] when I was young, I would not be where I am today.” This is the reality with which our society would have to contend.

Infanticide (or, more properly here, neonaticide) is not a new concept. In ancient times, it was very common and wide-spread–from the Greeks and the Romans to Teutonic pagans–exposure of children born out of wedlock or unwanted for any other reason was a prominent staple of planned parenthood. It is only with the Jews and then the Christians that killing babies has become seen as abhorrent. As Christianity spread, infanticide has become viewed as sinful and criminal–until Roe v. Wade. Interestingly, Russia became the first country in the world to legalize abortion–almost immediately following the Communist revolution, which, of course, was also an atheist revolution. Russian women still maintain one of the highest rates of abortion in the world. This is why there is no getting around religion in  the abortion debate. In the absence of a religious belief in the sanctity of human life, there is no reason whatsoever to arbitrarily grant legal rights to a child who is one second out of the birth canal but deny the same rights to the same child when he is still partially in the birth canal; or to allow abortion in one trimester and not another. The so-called “heartbeat” laws are also purely arbitrary–why not pre-frontal cortex? There is also absolutely no reason whatsoever to arbitrarily march for the “human rights” of mothers to “safely and legally” kill their babies a month before birth but to prosecute them for doing the exact same thing immediately after birth. In the absence of a religious belief in the sanctity of all human life, any legal protections for any human life become purely arbitrary.

The second idea I have for why pro-abortion activists insist on pretending that killing a child is “healthcare,” or one’s “bodily choice,” or a “civil right,” to name a few slogans, is that actually saying the words “killing a child” is so uncomfortable to present-day Americans, that it is a linguistic taboo and must be substituted with a euphemism. This is why, for example, people say “restroom” even it is not the best room for resting when one is tired, “bathroom” even if the room does not have a bath tub in it, or “he went potty on the floor” when they actually mean that he did not bother with the potty at all and urinated directly on the floor. Of course, of a very different order of magnitude, but similar in the linguistic taboo quality, the phrase “killing my child” is replaced with “healthcare” or “my choice,” but everybody knows exactly what is meant by these euphemisms.

It seems that the frustration of the anti-abortion movement can be summed as follows: “Abortion is the killing of human children. Don’t you get it?” The frustration of the pro-abortion activists then is something like this: “We know, and we are OK with this. Don’t you get it?” In other words, it is not that the pro-abortion community is confused about what abortion is and needs to be educated with posters and documentaries, it is that they are OK with the idea of killing their own children. As I mentioned earlier, this idea is by no means novel, and people have killed their children for various reasons for thousands of years. Of course, this does not make it acceptable in my worldview, but it is a basic fact of our reality that some worldviews find it acceptable to kill unwanted children.

There is hope, however. I suspect that most young women do not necessarily have a clear and fully-developed worldview of philosophy with respect to abortion. What they have are problems that they try to solve through abortion. I imagine that if we, the society, helped address some of those problems, we may reduce the number of abortions. For example, 75% of abortions in the U.S. are done by poor and low-income women. Blacks and Hispanics get abortions at 3 and 2 times the rate of Whites and also have higher rates of poverty. Globally, the highest rates of abortion are in Latin America, where abortion is also the most restricted legally, and in Africa. The lowest abortion rates are in Norway and Switzerland, where poverty rates are also among the lowest on the planet and abortion is legal and easily-accessible. Obviously, it is not the easy abortion access that helps reduce the rates of abortions but economic stability and easy access to contraception.

Therefore, the anti-abortion position can be seen as having two parts: anti-abortion and pro-life. On the one hand, those who find it abhorrent that our society views the killing of unwanted children as acceptable, can devote their efforts toward appropriate legislation. On the other hand, those who want to save lives (or prevent them from having to be saved), may find it more effective to fight against poverty and advocate for access to contraception.