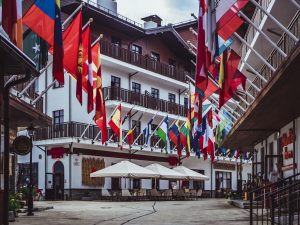 A nationalist is defined as “a member of a political party or group advocating national independence or strong national government.” (Photo by Mike from Pexels)

In many countries, restrictions were a direct result of nationalist agendas. As just one example, nationalist parties in approximately one-third of European countries targeted religious minorities in their political statements. This was up from 20% of countries in 2015.

The results of the Pew study came as no surprise to Joe Handley. “Pressure is rising, particularly government pressure,” he says.

“The rate of persecution that’s been happening in most of the countries [where Asian Access works] has been on the rise,” Handley notes.

“The Lord put the government in charge to help us follow rules of order. At the same time, when they put restrictions on things that we’re obligated to do spiritually, we have to find ways to work in society that maintain peace but also pursue the Gospel.”

Since oppression varies from nation to nation, “it’s a significant dilemma you have to work around, depending on your work in the country and the work of the Church in that country,” Handley says.

In some countries, Asian Access can work with the national government and lobbyists. This isn’t possible in other nations, though, and oppression often takes a harsher turn. For example, a leader partnering with Asian Access in an undiscosed location was poisoned by members of another religious group a few weeks ago.

“The people who poisoned him stole his cellphone, laptop, everything he had with him. We’re concerned for him because of the personal data that was on the laptop,” says Handley.

The leader was unconscious for several days following the attack. To help ease the financial burden on his family, Asian Access raised funds to cover the leader’s medical bills.

What can we do about it? 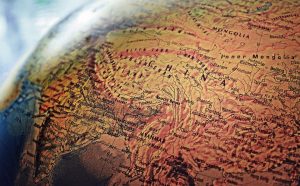 (Photo by Suzy Hazelwood from Pexels)

More than 2 billion people live in China and India. Notably, these two nations were mentioned in the Pew study as having significant levels of governmental oppression (China) and societal oppression (India).

Due to the uptick in religious restrictions in these nations and more, Asian Access is looking to partner with watchdog groups like Open Doors and Voice of the Martyrs. “Let’s work together to help leaders who are facing pressures and persecution,” says Handley.

83 percent of the world’s population lives in countries where following Jesus is a high-risk commitment. Now that you know, will you ask God how He wants you to respond?

“Please come help us. Pray for us, give to us, and do call government officialsto see if they can help out,” Handley requests.