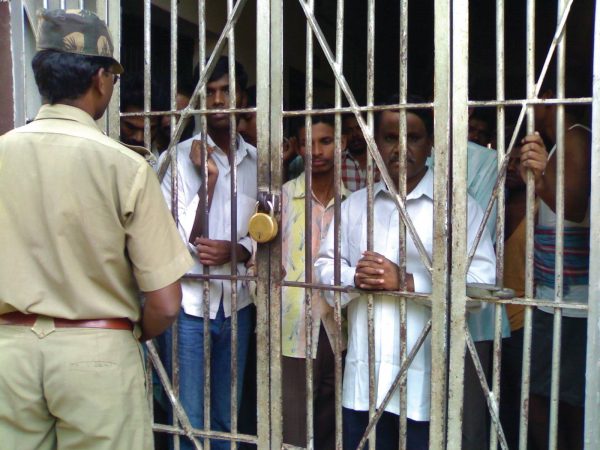 India (MNN) – Religious persecution of Christians in India has been increasing.

“We continue to hear stories of Christians being arrested, being pressured,” Voice of the Martyrs’ Todd Nettleton says.

“In June, there was an arrest of 16 Christians in a state called Jharkhand… They went into a village to minister. Some of the villagers, the radical Hindus, within the village became angry that Christians were there talking to people about Christ. The villagers held them initially and then the police came in and arrested 16 of them.”

Nettleton says this is not uncommon and it’s something the Church in India is witnessing more of.

Seven states in India, including Jharkhand, have passed the anti-conversion law, which criminalizes forced or bribed conversion.

“As Christians, we would say, absolutely, we don’t want you to bribe someone to change their religion either,” Nettleton says.

“But then you come into how you interpret that law. If I tell someone that the only path to salvation is Jesus Christ, is that undue inducement? Is that pressuring them to convert?”

Nettleton says the way anti-conversion laws are interpreted often pressure Christians to not share their faith, and in certain areas, when they do, they’re oppressed, arrested, beaten, and sometimes killed.

He also shares that a major reason for the pressure on Christians is the ideology that 100 percent of nationals in India should be Hindu. People who are sharing the Gospel or converting to Christianity make that ideology impossible and therefore, in the government’s mind, the country is imperfect.

“Christians are seen as really enemies and working against that goal and we see persecution increasing… Christians in particular who are ministering are pressured, and attacked, and jailed, and sometimes beaten.”

For missionaries and those who are traveling to India for religious purposes, Nettleton says it would be difficult for them to receive a visa. Even if they were to get a tourist visa, there is a notification that they are not authorized to do religious activities.

“India’s making a very real effort not to allow foreigners to come in for religious purposes,” Nettleton says.

“Doors are often closed to the Gospel, but God has a way of working through, and around, and over closed doors, and so, we pray that that’s what will happen in India.”

While persecution has increased, believers have raised their voices.

Last month in Jharkhand, there were about 10,000 Christians who protested the harassment of believers.

UCA News reported that 10,000 believers between the towns of Ranchi, Gumla, Simdega, Bokaro, Jamshedpur, and Khunti shouted slogans against their pro-Hindu state government’s actions in creating policies that Christians believe are meant to take away their rights and land.