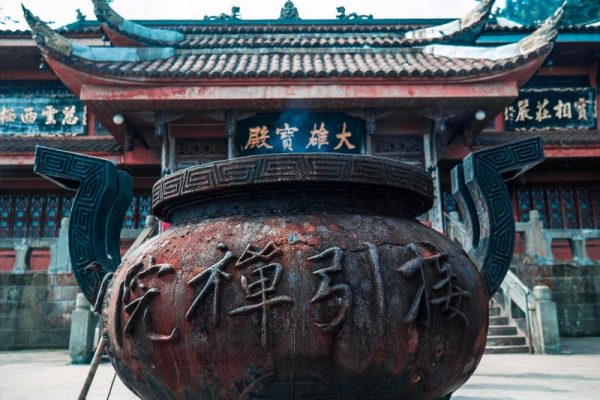 China (MNN) — The persecution barometer is approaching red, and the Chinese Church needs your prayers.

We spoke with the leader* of a Christian ministry operating in the country. He says restrictions put in place earlier this year and a new leader at China’s helm are the source of rising pressure.

“They are definitely putting more pressure on the local Church and far more persecution than we’ve seen in decades,” he says.

“Many groups won’t talk about it right now because lives are at stake.”

“The reports you do hear are not even giving the full story; they’re just a glimpse of what’s happening.”

Why is the government “cracking down” on Christians?

According to this description, the Chinese Church is the largest social community not controlled by the government.

While the distinction between government-registered and unregistered churches used to be a major factor in whether or not they were persecuted, this is no longer the case. All Christians are slandered, which seems to support the widely held belief that the Communist Party is banking on a unified Chinese cultural identity to maintain its power.

The Chinese government is acting primarily out of fear, says the leader we interviewed.

“Their biggest fear isn’t so much the Gospel as it is a political movement. They’re concerned about losing power, losing control.”

There are an estimated 97 million believers in China. Some groups expect it to hold the world’s largest Christian population by 2020.

“The Church of China is in a very delicate spot right now,” the leader observes. “They want to grow; they want to send missionaries…but the pressure’s on because there’s so much fear at the top, within the government.”

How to pray for the Chinese Church

Due to this situation’s “secretive” nature, the Christian leader says your prayers are essential.  Ask the Lord to protect Chinese believers, and pray the Spirit will help them act in faith. Most importantly, pray for the leaders of China. Pray for their eyes to be opened and their mindsets changed.

“If you know Chinese leaders or if you know missionaries serving in China,” he adds, “do whatever you can to encourage them. Encouragement is a huge factor right now.”

He urges you to use caution, though. Messages sent through an insecure connection may be intercepted by the government and used in a negative way.

“It is important right now for people to pray. Pray for doors to open and avenues to remain available so that the global Church and the Chinese Church can work together for the sake of Christ.”

*— The name and ministry of this individual are withheld for security purposes.

Most viewed articles
Growing Cold in Faith after a Few Years in Church: Is This Normal?182
How to Survive in Modern City. 8 Essential Conditions113
Bishop Irenei Addresses a Symposium on “The Mother of God in Our Lives” in Los Angeles88
Russian Church to Help Provide Lebanon with Vaccines Against Coronavirus86
It’s All About the Resurrection – Reflecting on the Season84
Over 20 Thousand People Pray for Discrimination of the Ukrainian Orthodox Church60
Vandals Attack Serbian Church in Croatia51
Appeal for Help from the Church of the Mother of God in Austria50
Volunteers from St George Greek Orthodox Church in Rose Bay gather to cook for the homeless47
We’re Being Robbed1
Most popular authors
Pravmir.com team285
Archpriest Nikolai Markovsky182
Fr. Andrei Gavrilenko113
Archpriest Gabriel Rochelle84
Archpriest Georgy Kharlov50
John Voutos47
Archpriest Stephen Freeman1