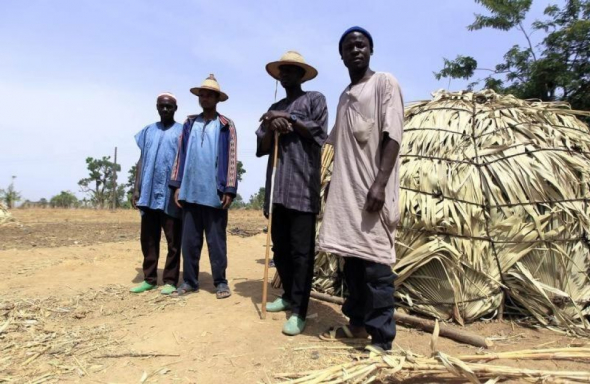 At least 20 Christians, including nine children, were massacred and killed by Fulani herdsmen during an attack on a Nigerian village last week, human rights watchdog organizations are reporting.

International Christian Concern, a U.S.-based non-denominational advocacy group, announced in a press release shared with The Christian Post on Monday that 19 members of the Salama Baptist Church in the village of Ancha in the Plateau state were killed by Fulani herdsman in last Thursday’s attack, while one of the deceased was a member of a Methodist church. At least five other Christians were also injured in the assault and were taken to the hospital for treatment.

The organization noted that the attack left one entire family with no surviving members.

According to Morning Star News, an independent Christian organization dedicated to reporting on human rights abuses around the world, police believe the attack was an act of revenge after a Fulani boy who resided in the village was beheaded in a nearby village.

John Bulus, church secretary of Salama Baptist Church in Ancha, told Morning Star News that those killed during last week’s massacre came from three different households in the 50-home village. Among those killed, he said, were children aged from three months old to 17.

“My heart is terribly heavy. I haven’t been able to sleep,” Salama Baptist Church pastor Rev. Nanchwat Laven told ICC. “I was called [on the phone] at about 12:00 midnight when the Fulani militia came into the village.”

“One of them ran after me into the house, and he stood by the door to my room without entering the room or shooting, and after a few minutes he went out to join his colleagues outside,” Bulus was quoted as saying. “And just as I was thinking about what to do, I heard sporadic gunshots all over the village. They were shooting everywhere in the village and this lasted for about 25 minutes.”

Bulus contended that the slain Fulani boy believed to be the reason behind the attack was actually beheaded in another village.

“The village where they claim one of them was killed over a year ago is not part of our village, and we have never had any misunderstanding with them in the past,” Bulus said.

Bulus informed Morning Star News that there was a Fulani settlement just a few kilometers outside Ancha village and that he recognized some of the assailants. After hearing of the death of the Fulani child in the nearby village, the herdsmen moved away from where they were camped.

“We never knew that these same Fulanis would return to attack us, as there is nothing that warrants an attack on us,” Bulus said.

According to Morning Star News, some villagers believe that the Fulani men were accompanied by Islamic terrorists.

“We didn’t have a quarrel. Some of the herdsmen [would] come into [the] village and relax among the villagers, sometimes way into late evening, when the local vigilante would advise them to go home,” Laven told ICC. “Of course we have had issues from time to time with the herdsmen letting their cattle graze into our farms and destroy our crops.”

According to ICC, Fulani militants have attacked over 20 Christian villages, destroyed hundreds of Christian properties and killed over 200 Christians between October 2016 and September 2017.

Plateau Police Commissioner Peter Ogunyanwo told the media that no arrests have been made in connection to the massacre.

“We are investigating the matter, but from our findings so far, the attack was carried out by Fulani herdsmen to avenge the killing of a young boy,” Ogunyanwo said, according to Morning Star News.

The prevalence of attacks on Christians by Fulani herdsmen and Islamic terrorists groups like Boko Haram are a large reason why Nigeria ranks as the 12th worst country in the world when it comes to Christian persecution, according to Open Doors USA’s 2017 World Watch List.

“The Nigerian government needs to hold the Fulani militants accountable for their actions,” ICC Regional Manager Nathan Johnson said in a statement. “Allowing them to commit these atrocities with impunity is putting many Nigerian lives at risk and shows that they do not truly value all of their citizens. We hope that the government can take effective action to demilitarize and stabilize the Fulani militants and stop the senseless killing of so many Christian farmers.”