Christian Genocide in Nigeria: Where Is the Coverage? 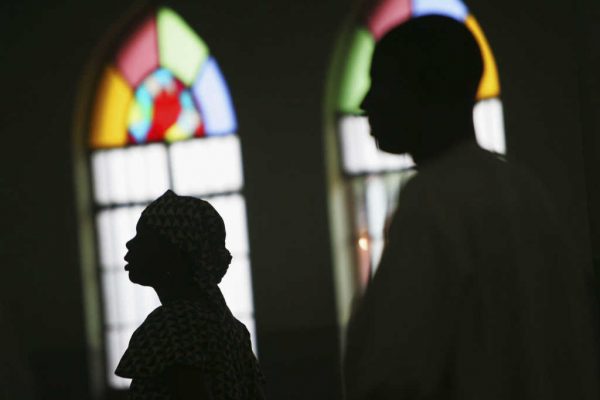 You have to wade three or four pages deep into a Google search for “Nigerian genocide” before you see anything from the mainstream press — and when you do, it’s a New York Times story from 1968, following the country’s civil war. Legacy media outlets have been largely mum on the slaughter of Christians currently plaguing the West African country.

The numbers are terrifying and should serve as a wakeup call to believers living in the Western world: Christian persecution is alive and well around the globe.

Because of the Islamic terrorist group Boko Haram, which is literally translated, “Western education is a sin,” the roughly 91 million Christians living in Nigeria fear for their lives, and for good reason. In 2018 alone, some 3,731 Christians living in the country were killed for their faith. In fact, a staggering 10 believers are estimated to be killed every day as a result of their religious convictions.

Last year, a young girl named Leah Sharibu made headlines. She was one of the 110 girls kidnapped by Boko Haram. One month after their abductions, the Nigerian government was able to negotiate the release of all but one of the terror group’s captives: Leah.

Every other girl Boko Haram kidnapped was Muslim. Leah, though, is a Christian and has refused to recite the Islamic faith creed. She has since been declared a “slave for life” by the radical Islamists.

In late July, three Nigerian women — including Leah’s mother, Rebecca — traveled to the U.S. and begged the government to intervene.

Leah has been heralded as a martyr. Dede Laugesen, executive director of the advocacy group Save the Persecuted Christians, told CBN News earlier this summer Leah “chose faith over freedom,” adding, “It would have been so easy to cave.”

The heartbreaking reality is, though we don’t hear about it much in the U.S., Leah’s story is far from unique. To date, nearly 30,000 people have been killed and more than two million have been displaced as a result of Boko Haram.

Many of those innocent people are Christians.

Alheri Bawa Magaji, a member of the largely Christian Adara tribe in Nigeria, said the persecution of Christians by Boko Haram terrorists is equivalent to genocide.

Magaji told Fox News Christians “are being phased out.” In the spring, not long after Leah was kidnapped, Islamic groups systematically targeted at least seven predominantly Christian villages, killing more than 300 people.

“Most Nigerians don’t even know what is really happening in these remote parts of the country because it is being suppressed,” she said. “The militants come to remote areas, leaving dead bodies and limbs and the blood of children all over the place.”

The 38-year-old Magaji is far from alone in her characterization of the situation in Nigeria. The country’s former president, Olusegun Obasanjo, recently wrote a letter to current President Muhammadu Buhari, warning of a serious risk of a “Rwandan-style genocide” of Christians if the government doesn’t take immediate steps to quell the violence.

Despite President Donald Trump raising the issue of Christian persecution with Buhari during their meeting together last April, the Nigerian leader has been largely silent on the topic.

There’s no doubt this matter needs more attention. Nigeria is the 12th most dangerous place in the world for Christians, according to Open Doors’ annual World Watch List, and it’s only becoming more perilous.

Christians, too, must be more aware of what is happening to our brothers and sisters around the globe. Churches need to devote time each week to talking about and praying for persecuted believers, according to Open Doors CEO David Curry.

The systematic persecution of Christians is undoubtedly plaguing Nigeria, and the world needs to know about it. We cannot afford silence.

Most viewed articles
First Church in the Antiochian Archdiocese Named for St. Xenia of St. Petersburg Prepares for Feast Day291
Patriarch Kirill: Not Only People, But Churches Too, Can Depart from God179
A Christianity of the Catacombs110
My World’s Different105
Patriarch Porfirije of the Serbia: Our Position on the Church Issue in Ukraine Has Not Changed90
Thoughts on Theophany and Revelation83
Archbishop Makarios of Australia: ” the Great privilege of the Orthodox Church is that we live in communion”39
1
Most popular authors
Pravmir.com team597
Archpriest Lawrence Farley106
Protopresbyter Themistoklis Mourtzanos105
Elissa Bjeletich83