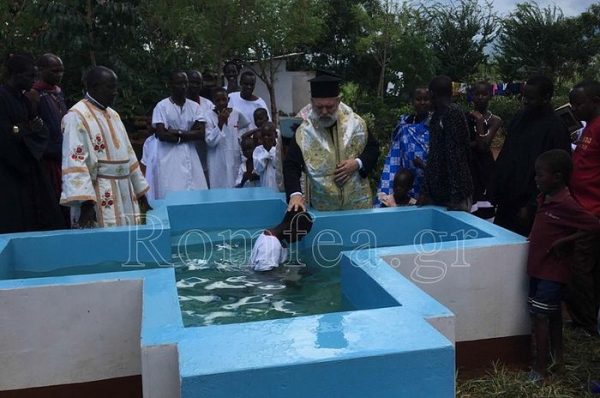 Another mass Baptism was celebrated in Africa, this time in the eastern Tanzanian city of Morogoro, with 230 indigenous souls being united to Christ in the washing of regeneration (Tit. 3:5). The service was celebrated by Metropolitan Dimitrios of Irinopolis on Sunday, January 26 at the Church of Sts. Arsenios and Paisios, which, built in 2005, was the first church in the world dedicated to St. Paisios the Athonite, reports Romfea. Among the newly-illumined were many former Muslims.

Before receiving the Sacraments of Baptism and Chrismation, the faithful Africans underwent systematic catechization with Monk Thaddeus from the Monastery of Tharri in Rhodes and approached the font and the chalice with great joy and reverence. Following the Sunday Divine Liturgy, Met. Dimitrios also tonsured three readers to serve the new parishes established in 2019 and celebrated the wedding of several couples from among the newly-illumined.