His Holiness, Patriarch Kirill, Encourages People to be More Merciful towards Prisoners 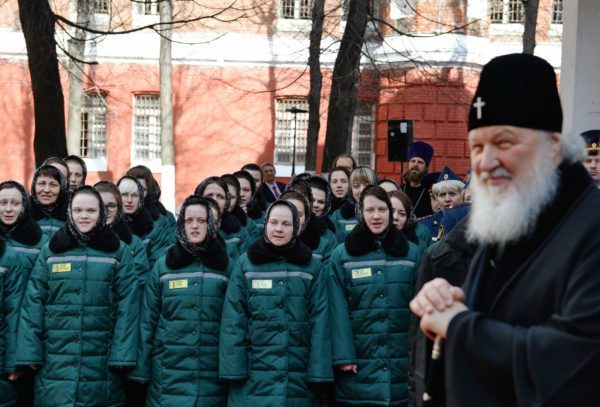 The hierarch had a conversation with inmates and workers of the prison at the Protection Veil of the Holy Theotokos Church, which is situated on the premises. He also delivered a speech to clergymen who serve at detention centers in Moscow. The Patriarch thanked them for their work, stressed the difficulty of their obedience and encouraged clergymen to be merciful towards those who broke the law.

“Everyone who sins and breaks God’s Law is a culprit to us. If a person breaks the human law, he or she is put in prison. If one breaks God’s Law, one lives freely and sometimes such people hold top positions and teach others. Therefore the Church looks differently at those who broke the human law than secular people. That is why those who you work with and who are under your pastoral care are God’s children, our brothers and sisters. It is not our place to judge them. Our job is to help these people, who have been placed in the most complicated life situation. Help them change for the better and, if possible, come out of prison, have a fresh start, and not lose hope,” His Holiness, Patriarch Kirill, pointed out. 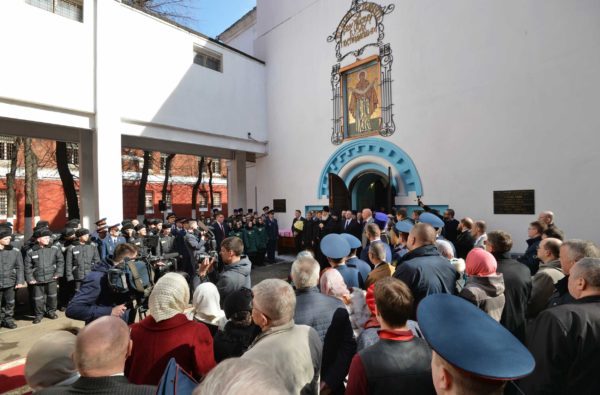 The Primate of the Russian Orthodox Church wished the clergymen who serve at prisons that with God’s help they “would preserve their pastoral feeling and the feeling of love and respect for those who broke the law, and would preserve their desire to help them bear the burden of those difficult circumstances connected with imprisonment”.

Patriarch Kirill especially blessed female inmates and wished they would be able to maintain their mental strength in such a difficult period of their lives.

His Holiness Kirill addressed the inmates, “You will all be released from prison. You will live peacefully. You will work and have or start families. Therefore may the Lord guard you!” 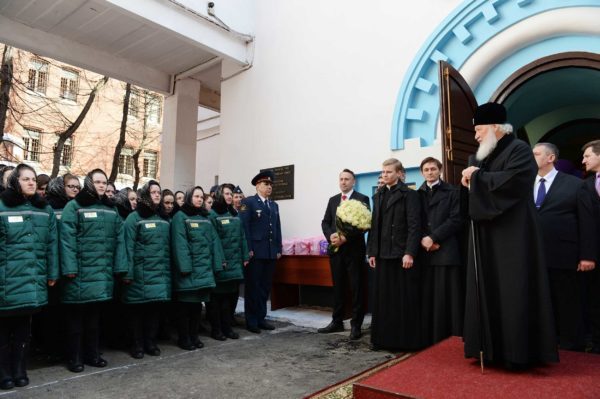 The Primate of the Russian Church gave his blessing to an inmate, Yaroslav, to have a wedding ceremony with his fiancee, Maria, in the church. The Patriarch also presented the parish with an icon of St. Seraphim of Sarov, the workers with an icon of the Resurrection of Christ, and inmates with icons of Christ Not Made by Hands.