Source: Breitbart
Encouraging a child to identify with a gender other than their biological sex is a form of child abuse, says Walt Heyer, a man who identified as a woman for eight years.
Thomas D. Williams, Ph.D. | 09 April 2019 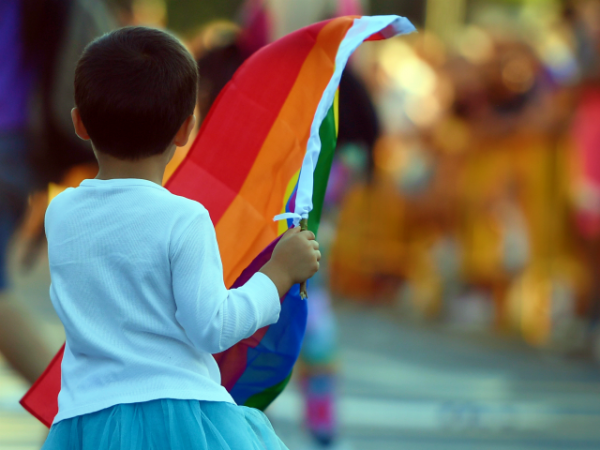 Heyer said that when he was a small boy his grandmother gave him a purple chiffon dress and told him how beautiful he looked in it, which led him down a path of confusion about who he was.

“That is child abuse,” Mr. Heyer said during a panel discussion at the Heritage Foundation last Thursday. “We need to be calling it what it is. It’s not affirming a child. It’s causing them to be depressed and anxious about who they are.”

“I think it’s important for us to realize that there is nothing good about affirming a young boy at four years old like my grandma did me,” he said.

“The only reason I am able to speak to you today is because after 46 years dealing with this issue, I was able to de-transition in 1990 after I had psychotherapy, the very same psychotherapy [transgender activists] are trying to prevent people from having. Why? Because they don’t want them to de-transition,” he said.

The LGBT lobby is adamant in their opposition to any sort of “conversion therapy,” despite the testimony of numerous individuals who have benefited from it.

Walt Heyer, now 78 years old and married to his wife for 22 years, tells a grim autobiographical story of abuse and gender confusion, sexual reassignment surgery, a short respite from anxiety, and eventually deep regret at his decision.

Incorrectly diagnosed and pressured into a sex-change operation in 1983, Heyer is especially sensitive to the plight of the many young people who are confused about their own sexuality and receive mixed messages from a society very eager for them to take steps that can never be undone.

Heyer is the founder of an organization called Sex Change Regret and says he is hearing from many people who are living similar experiences.

“We get letters from parents or the transgenders themselves asking for help, after they’ve lived the life like I did for five, six, 15, 18, 20, all the way up to 30 years,” he said. “And they are saying ‘Walt, can you help me de-transition. This was the biggest mistake of my life.’”

Children need help sorting through their confusion, not being confirmed in it, Heyer says. Their body is not the problem and they should not be led to believe it is.

“We are manufacturing transgender kids,” he said.

“We are manufacturing their depression, their anxiety, and it has turned into a huge industry that people are profiting from after kids’ lives are completely torn apart,” he said.

“It’s really beyond my understanding why we are even having this discussion because it shouldn’t be happening. I don’t believe any doctor who injects a young person with hormone blockers should have a license to do so,” he said.

Research suggests that many of those who suffer from gender dysphoria do so as a result of sexual abuse, thinking that by changing genders they will protect themselves from more abuse, he said.

“Boys who were abused at a young age come to the conclusion that the only way they can prevent themselves from being sexually abused again is to cut off their genitalia and become females,” he said. “In their mind that is their defense mechanism for sexual abuse.”

“Girls who were sexually abused want to be men as a way to fend off any intruder or sexual abuser so they will no longer be attractive for sexual abuse,” he added.

“We’re ruining an entire generation of young people, and it’s serious business. I’m not pulling any punches anymore. And you shouldn’t either,” he said.