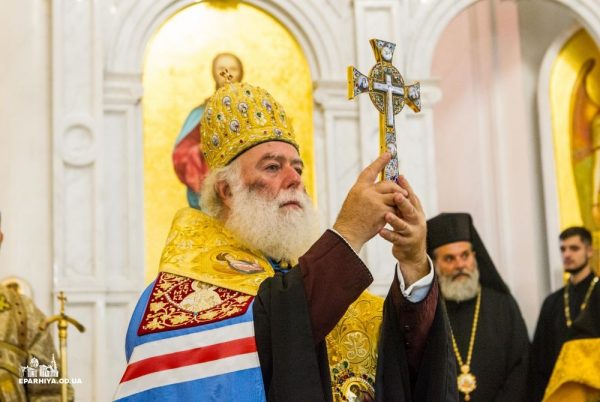 Patriarch Theodore II of Alexandria, who has “second place of honor” among the heads of the Local Orthodox Churches, has called on Ukrainian Orthodox Christians to stay faithful to the canonical Church led by Metropolitan Onufry.

“The head of the canonical Church in Ukraine is His Beatitude Metropolitan Onufry, a man blessed by God and a real monk,” Patriarch Theodore II said in a message to the Ukrainian Orthodox Church after a prayer for the unity of the Orthodox faith at the Cathedral in Odessa, which he visited on Thursday.

He said there have been very difficult times in the history of the Church, “but we believe that the canonical Church exists in Ukraine in these difficult days.”

He also said he visited Warsaw last week and issued a joint statement with Polish Metropolitan Savva saying that they both “stand by the canonical Orthodox Church in Ukraine.”