Source: Interfax-religion
Natalya Mihailova | 29 May 2017
Moscow, May 29, Interfax - Eighty-one percent of Russians know that the relics of Nicholas the Wonderworker have been brought from Italy to Russia and 18% have not heard of this," the Russia Public Opinion Research Center (VCIOM) said. 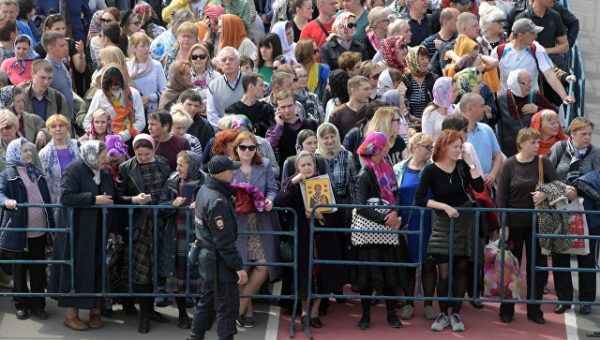 Seventy-two percent of respondents said they would like to visit and kiss the relics of Nicholas the Wonderworker, most of them are women (81%), people aged over 60 (82%) and Orthodox Christians (87%).

Eleven percent of the respondents are negative about the bringing of holy relics from abroad. They support their contention by saying that “holy relics should not be troubled and transported” (34%).

The nationwide poll, which surveyed 1,200 respondents, was conducted by phone on May 23-24.

The agreement to bring the relics of Nicholas the Wonderworker from Italy was reached following the historical meeting between Patriarch Kirill of Moscow and All Russia and Pope Francis on February 12, 2016. This is the first time in the past 930 years that Russian Orthodox Christians can touch the holy relics on the territory of the Russian Federation.

A part of the relics was brought to the Cathedral of Christ the Savior in Moscow on May 21, before the day of memory of St. Nicholas. The holy relics will be in St. Petersburg on July 13-28. 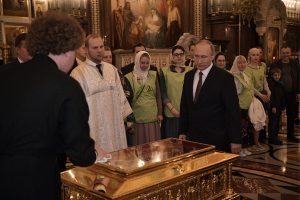